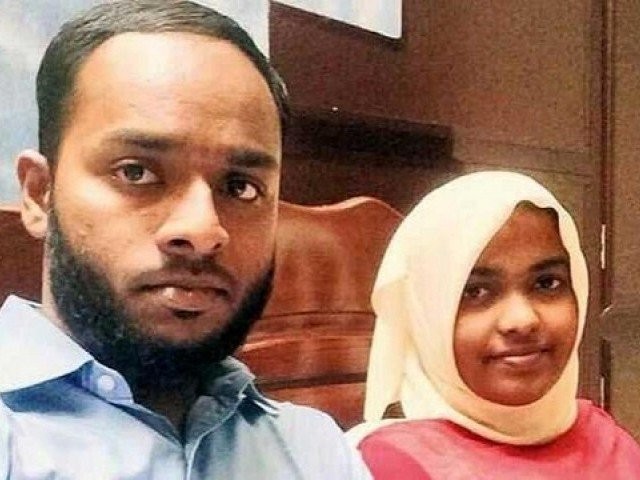 NEW DELHI: India’s Supreme Court on Thursday ruled that a woman who converted to Islam should be allowed to live with her Muslim husband in a case that sparked debate about inter-religious relationships and women’s rights.

Judges overturned a lower court’s ruling that the December 2016 marriage between Akhila Ashokan and Shafin Jahan was illegal.

Ashokan’s Hindu father won a court order last May to nullify the marriage and return the 25-year-old woman to her parents’ home, alleging that she had been forced to wed and convert.

Jahan challenged the order, and the Supreme Court said: “In this case, we feel that the high court shouldn’t have annulled the marriage.
“Therefore we set aside the high court order. The girl is free to pursue her endeavours,” it added.

The Supreme Court had already ordered Ashokan’s removal from her father’s custody last November, after the young woman told the judges: “I want my freedom.”

Ashokan, who changed her name to Hadiya after converting to Islam, insists she was not forced to give up her faith a flashpoint issue for nationalists in Hindu majority India.

Inter-religious relationships are frowned upon in India, particularly in rural areas.

In recent years, Hindu extremists have pushed fears of “love jihad” claims that young Muslim men were attempting to seduce Hindu women to make them convert.

India’s federal investigations agency has said it is looking into alleged links between Shafin Jahan and extremist groups. He has not been convicted of any crime.

The Supreme Court said the federal agency was free to carry on the probe “in accordance with law.”

UN calls on Taliban to take up offer of direct talks