FM Khawaj­a Asif also propos­es exchan­ge of prison­ers above 60 years of age and those below 18
By Kamran Yousaf
Published: March 7, 2018
Tweet Email 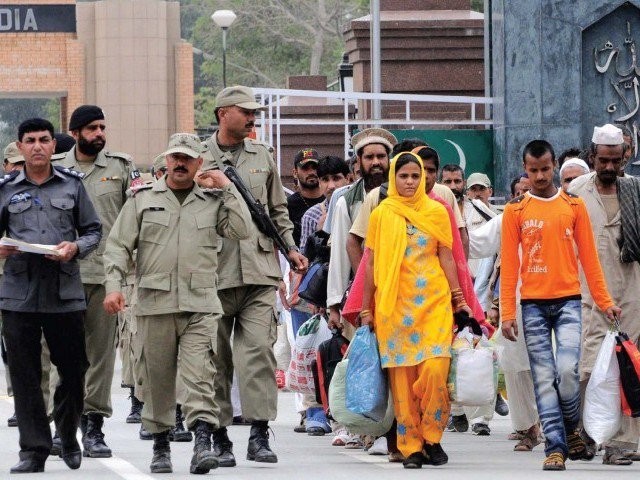 ISLAMABAD: Despite simmering tensions on the borders, Pakistan and India agreed on the release of certain civilian prisoners languishing in each other’s country, the Foreign Office on Wednesday announced.

The decision means that prisoners in three categories — women, mentally challenged and those above 70 years of age — would be released and repatriated to their home country.

The proposal for the prisoners swap in specific category was first made by India.

The FO statement said that Foreign Minister Khawaja Asif, after consulting with all the stakeholders, had approved the humanitarian proposals from India regarding the civilian prisoners incarcerated in the two countries.

The two sides reached an agreement on the following: exchange of three categories of prisoners, women, mentally challenged or with special needs and those above 70 years of age, revival of the Judicial Committee mechanism, facilitating the visit of medical experts (from both sides) to meet and examine the mentally challenged prisoners for their repatriation.

Additionally, Foreign Minister Khawaja Asif also extended two more humanitarian proposals that include exchange of prisoners above 60 years of age and those below 18 years of age.

He expressed the hope that India would positively reciprocate Pakistan’s proposals, in the spirit that they have been made.

He also stated that it was his desire that through such initiatives, Islamabad and New Delhi would embark on the road to a comprehensive dialogue, and make a conscious effort to de-escalate the extremely vitiated current environment and the situation along the Line of Control and the Working Boundary.

The agreement on prisoners exchange comes amid simmering tension between the two nuclear armed neighbours. Frequent clashes along the LoC and the Working Boundary have recently heightened tensions and even triggered fears of a larger conflict.

However, the latest development indicated that the two sides perhaps were working behind the scene to de-escalate tensions.

In December, the national security advisers from the two neighbours met in Bangkok reportedly to find options for some level of engagement between the two countries.

Relations between Pakistan and India have been tense and continued to deteriorate for many months. The two sides accuse each other for the current impasse.