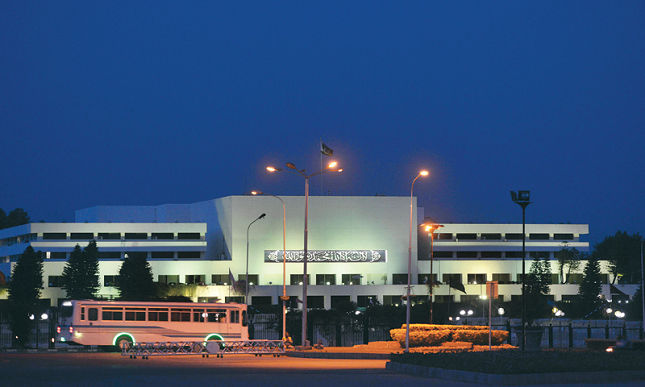 LAHORE: An independent candidate of the Pakistan Muslim League-Nawaz (PML-N) has clinched victory in the by-election on a Senate seat vacated after the Supreme Court disqualified the ruling party’s Nehal Hashmi over contempt charges.

The by-election for the Senate seat from Punjab was held at the Punjab Assembly on Thursday.

PML-N candidate Dr Asad Ashraf grabbed 298 votes while his opponent Zarqa Suharwardy Taimur of Pakistan Tehreek-e-Insaf (PTI) secured only 38 votes. There were a total of 368 voters of which 348 exercised their right to vote. Only 12 votes were declared as invalid from 348.

Dr Waseem Akhtar of Jamaat-e-Islami also did not vote for PTI.

There are 30 legislators of PTI in the house; however, PTI said that one independent legislator Ali Salman had joined them recently increasing their strength in the Senate to 31 members.

“What did you get by taking away the party’s name and identity,” Maryam said in a separate tweet.

However, PTI’s Abbasi said ministers influenced legislators by taking them into the polling booth which is a sheer violation of the ECP rules.

He also blamed a PML-N legislator for carrying a mobile phone inside.

They demanded strict action against the violators.

After the results were announced, opposition leader Mian Mehmoodur Rasheed congratulated the winner. However, he vowed their fight against corrupt elements would continue till their total elimination.

Provincial Law Minster Rana Sanaullah said the ballot papers had given the verdict and the same would be seen on March 3 – the final round of Senate elections. He said those who wanted to derail PML-N would be taught a lesson on the said date.