Children of Balochistan remain 'the most abandoned' of all Pakistani children, reveals Alif Ailaan report

Children of Balochistan remain 'the most abandoned' of all Pakistani children, reveals Alif Ailaan report

Over 80 per cent of all govern­ment school­s in the provin­ce are primar­y level, litera­cy rate for rural women only 15%
By Usman Kabir
Published: February 27, 2018
Tweet Email 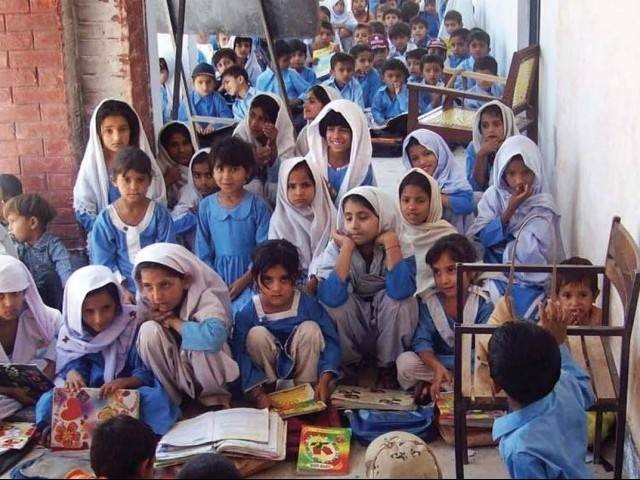 KARACHI: The provision of education is a political issue in Pakistan, and politicians influence each and every aspect of the delivery of this service to the people.

As elected representatives take the most important decisions related to education, from framing the policy debate to managing the finances, it is quite reasonable to assume that a degree of political stability is a necessary prerequisite for measuring the performance of any attempts at education reform.

Alif Ailaan, an organisation campaigning for education, admits as much in a recently released policy report on education reforms in the province of Balochistan.

The province offers a significant challenge in terms of education planning for policymakers and politicians because of its unique topography, demography, and the depth of the private sector, compared to the other three provinces of the country, the report underlines.

It also notes that “uniqueness of Balochistan is often ignored at the risk of formulating irrelevant notions and plans for the province”.

However, the non-profit group, in a critical assessment, highlights the Balochistan Education Sector Plan (BESP), which was approved in 2013, and comes to the conclusion that “whilst there has been a substantial increase in the allocations for education by the government, the impact of these rising investments is less than clear”.

Despite significant strides in the right direction, Alif Ailaan has stressed that the children of Balochistan remain “the most abandoned of all Pakistani children”.

When the BESP was approved shortly after the tenure of the current provincial assembly began, the reform plan was devised in the context quoted above. According to official data, half of all schools in the province were single room schools and had only a single teacher.

In the District Education Rankings (DER) released earlier, schools of the province were lagging behind on almost every development indicator. The educational landscape of Balochistan was, the organisation states, defined by “extreme inequality”.

According to the Pakistan Education Statistics, there are 1.89 million children out of school in Balochistan. Out of these children, over 630,000 are those who should be attending primary schools, and over 1.25 million are out of middle, high or higher secondary school.

The BESP was supposed to serve as a road-map for the province to extricate itself from the crisis situation that schools were in, and to set it on a path of reform. The government of Balochistan “put special emphasis on improving quality, equity and governance in the education sector”.

Vocational education: University of Skills on the cards in Balochistan

A number of initiatives were undertaken by the provincial government to improve access to, and upgrade existing, government schools across Balochistan.

New schools were built in communities without government schools, existing primary schools were upgraded to middle and high schools, and better infrastructural facilities were inaugurated at various establishments.

However, according to the Alif Ailaan report, there is a massive imbalance between the provision of primary and post-primary schools across the province.

It further reveals that “over 80 per cent of all government schools are at the primary level only, with enrolment in government girls’ high schools as low as in the hundreds in some districts”.

Tackling the crisis of student enrolment and retention, parents were given incentives to keep children in school, government schools in the province were declared “gender-free”, and female staff were given preference when teachers were being hired for primary schools.

The BESP identified two objectives closely linked to managing, tracking and improving the quality of education. One is the merit-based recruitment of teachers, and the other the regular testing of students to calibrate learning outcomes.

Recruitment of teachers is now carried out based on their performance in tests carried out by a third party. Also, female staff are given preference in primary schools, and the qualification requirements for junior and high school teachers have been raised.

Around 5,000 new teachers have been appointed based on tests conducted by the National Testing Service (NTS), and 1,200 subject specialist teachers hired through tests by Balochistan Public Service Commission (BPSC).

Alif Ailaan has warned, though, that the accountability system for teachers needs to be revamped to ensure that teachers are incentivised and disincentivised based on their performances. Currently, the system of promotion of teachers revolved around the number of years they have served in the education sector.

The regular testing of students has also improved. Previous testing methods encouraged rote learning and tested the memory of students rather than their understanding about a subject, but new standardised tests, conducted by the Balochistan Assessment and Examination Commission (BAEC), are now compulsory for 5th and 8th-grade students.

In a worrying revelation, Alif Ailaan highlights that students at both grade 4 and grade 8 levels in Balochistan scored below the scaled mean score of 500 out of a total of 1,000 in the National Achievement Test 2016, despite recent reforms. The significance of the statistic lies in the fact that students who transfer from primary to middle schools in the province are not improving in terms of their overall learning outcomes.

BAEC data and real-time monitoring systems have helped create a data bank relating to quality and input indicators of education.

An android-based real-time school monitoring mechanism has been set up in the province, which looks over the presence of teachers at schools, student enrolment, and classroom learning environments.

Education trees to blossom from March in Balochistan

The findings of this real-time monitoring system are shared with a District Education Group (DEG) and actions based on the data are proposed in its meetings.

This year, the government approved a Rs55.3 billion budget for education, which is nearly three times the amount spent on education before the passage of the 7th National Finance Commission Award.

The actual part of the budget which goes towards the education reform is 9 per cent of the total budget spent on education, while 85 per cent of the finances form the recurrent budget, which consists of all salaried and non-salary expenses.

Balochistan has spent over 85 per cent of the total budget allocated for education every year since 2013, However, a significant portion of the development budget for education remained unutilised every year.

Of the approximately Rs38 billion allocated to education in annual
development budgets between the years 2013-14 and 2016-17, over Rs11 billion (30%) could not be utilised.

Whilst the gains made in education reforms are laudable, there is a significant gap between the targets set in BESP and the promise of a high quality, free and compulsory education to all children of Balochistan, according to Alif Ailaan. Enrolment, retention, learning outcomes, and school infrastructure all continue to pose substantial challenges to the provincial authorities.

In order to overcome these problems, the non-profit group has proposed an eight point agenda going forward which aims to usher in a new era of more meaningful reforms.

Alif Ailaan wants the government to focus on immediate provision of middle and high schools across the province, as well as the opening of more female high schools. In order to cater to challenges pertaining to provision of schooling to communities with low population density, a new school model, already working in some areas, is also proposed.

The provincial authorities have also been urged to introduce accelerated learning programs that ensure adequate means for students of 10-16 years of age to be inducted into the formal schooling system, as the number of these children out of school is twice the number of 5-9 year-old children who do not go to school.

Alif Ailaan stresses that, “the Secondary Education Department must focus on improved teaching and learning capacity at all levels to ensure greater participation in the examinations, as well as better performance, of all students”.

As part of another advise on policy matters, the non-profit group recommends investing substantially more in new technologies to solve education challenges in Balochistan. Solar energy, for example, can address the absence of electricity across a wide swathe of government schools, and digital content can empower teachers, as well as students, Alif Ailaan points out.