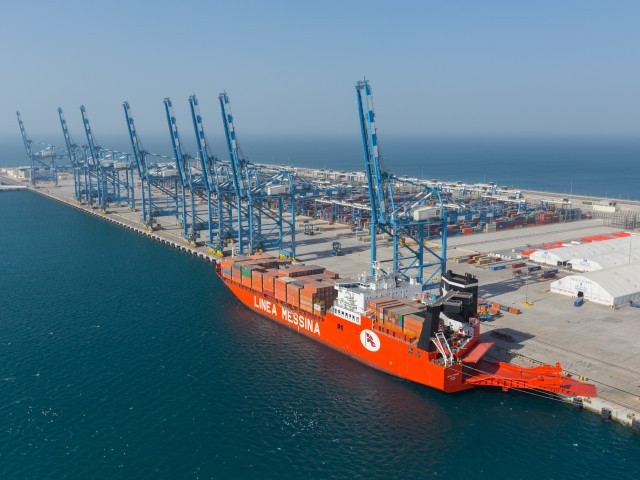 PESHAWAR: Economics and political experts on Monday said the world and Asian trade would revolve around Pakistan after completion of the China-Pakistan Economic Corridor (CPEC) project

“CPEC will make the country a prime choice for international investors,” they said.

The CPEC projects signed during tenure of the Pakistan Muslim League-Nawaz (PML-N) government had not only enhanced the geoeconomic and political importance of Pakistan but also made the country a prime choice for local and foreign investors due to the establishment of state-of-the-art roads and railways network, establishment of industrial zones and full operationalisation of Gwadar Port, the experts said.

Senior economist, Professor Dr Muhammad Naeem said that Pakistan would become an economic and business giant in Asia after completion of CPEC projects as the world’s trade would revolve around it with full operationalisation of the Gwadar Port.

Pakistan, China, Central Asian Republics, Middle East and Central Asian states, countries of African continent, Afghanistan and other regional and international countries would be directly and indirectly linked with Gwadar Port, enhancing the geostrategic and political-economic importance of the country manifolds in world.

By linking Kashgar with Gwadar Port through state-of-the-art network of roads and railway lines, he said, the CPEC project had a vast potential to inject new life into the region’s economies besides making Pakistan a prime choice for investment.

He remarked that the CPEC would not only make very positive effects on the country’s overall security and geostrategic importance but would make its western and eastern borders safe from external threats and hostile foreign agencies besides making it a hub of foreign investment.

“CPEC is not a myth but now a strong reality carrying immense importance for all sectors, including socioeconomic development, energy, communication, industrial, trade, transport and security perspective and its positive impact on Pakistan is numerous,” said Dr Naeem.

In the presence of massive Chinese investment, he said, “Enemy elements and hostile foreign agencies cannot dare even to cast an ugly eye on our soil as attack on Pakistan will be tantamount to an assault on China.”

Certainly, Pakistan would make a lead role in security, trade, communication and economy of the region once the Gwadar seaport was fully operational, he said, appreciating the government’s efforts for protection of CPEC projects and foreign investors in the country.

The Punjab government had raised Special Protection Unit for security of CPEC projects and Chinese nationals, enabling foreign and local investors to perform their duties without any fear.

PML-N leader MPA Rushad Khan said that the CPEC was a future project of Pakistan and it would provide equal benefits to all federating units of Pakistan, including Gilgit-Baltistan and Azad Kashmir.

He said the government had constructed international airport, hospitals, university and vocational training colleges besides laying a network of communication in Gwadar.

He said industrial zones would be established across the country as this project was focusing on construction of Gwadar Port, industrial zones, western route and overcoming energy crisis that would help generate massive employment opportunities. The project would help the country’s investment-starved economy besides bringing massive improvement in transport, economy, energy, roads and communication infrastructure of all the provinces.

The distance and space would be significantly reduced and economic and trade activities would get upward boom in the regional countries as well after completion of CPEC, he maintained.

Economic and finance expert, Sumbul Riaz said that the CPEC had immensely helped Pakistan restore confidence of international investors keeping in view its prime importance for regional and global connectivity through Gwadar Port besides would give easy access to Central Asian Republics, Afghanistan and Central Asia through enhanced communication railways and road network.

She said CPEC, being a major component of OBOR would immensely help establish global connectivity and bring people more closer with less spending on the economic front.

Pakistan was among one of the 80 countries through which OBOR would pass or would have an impact upon, adding that these countries with around 60% of global population would generate about 40% of world GDP, she added.

Govt anticipates $4b investment in three industrial zones along CPEC

She said the PML-N government had made tremendous efforts for the development of the communications sector, including upgradation of railways system, construction of new motorways and highways, ports, infrastructure development, importance of Gwadar Port, addressing the issue of energy shortfall, defeated terrorism and other socioeconomic reforms and its role in CPEC was praise-worthy.

She suggested that any project under One Belt and One Road initiative should not create any distortions and a level-playing field should be provided to all investors particularly to locals so as to achieve optimum benefits and ensure its long durability for the benefit of people of the entire region.