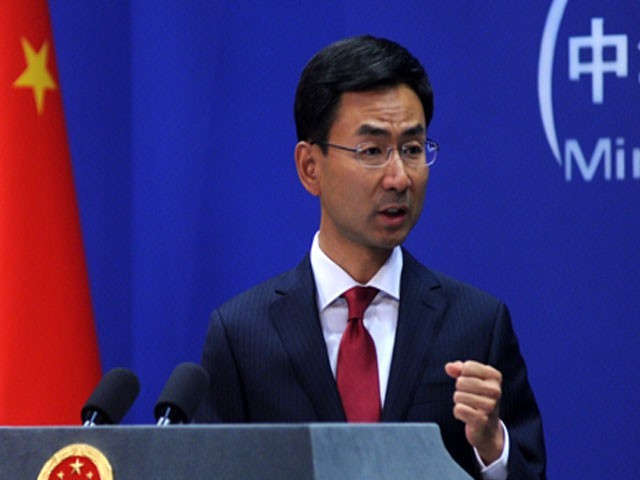 In a press briefing on Monday, spokesperson for China’s Foreign Ministry Geng Shuang said, “China would like to explore the possibility of more countries participating in the China-Pakistan Economic Corridor (CPEC).”

Shuang also reiterated that CPEC is an open initiative, and Beijing is ready to explore possibility of more countries joining its construction. He also added, “Port Qasim coal-fired power plant is an important energy project under the CPEC. The Chinese side is pleased with the power plant being officially put into operation.”

“We believe that this will play a positive role in alleviating power shortages in Pakistan and benefit the Pakistani people,” he added.

Port Qasim Power Plant is being jointly developed by the Power China Resources Limited and Qatar’s Al-Mirqab Capital with a total investment of over two billion dollars.

Shuang also added that it is the “first project under CPEC with participation of a third party, it demonstrates openness of this initiative.”

No other country may be able to join CPEC before 2020

The spokesperson was also questioned on the opening of Chabahar port on December 3, which is “widely regarded as a rival to the Gwadar port” because of its close proximity.