TSA staged a protes­t demand­ing variou­s perks and benefi­ts for the teache­rs of the UET Lahore­
By Our Correspondent
Published: February 25, 2018
Tweet Email 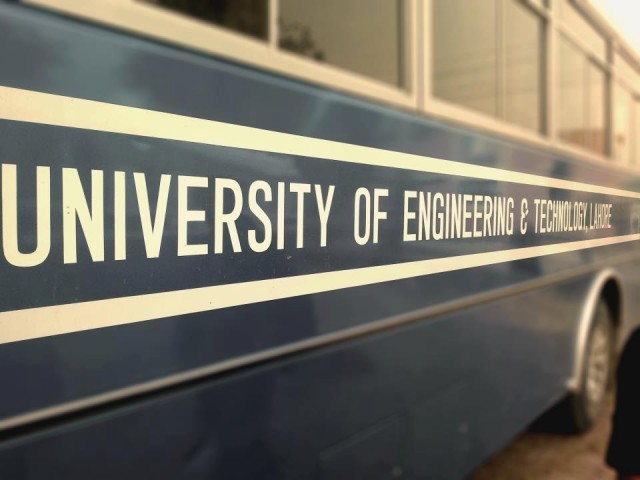 LAHORE: The Teaching Staff Association (TSA), the representative body of the faculty of the University of Engineering and Technology (UET) Lahore, called off their protest after assurances by the vice chancellor that their legal demands will be met.

On Saturday, the TSA staged a protest demanding that various perks and benefits for the teachers of the UET Lahore, including payment of increased incentives, regularisation of faculty members, resumption of benefits for faculty on Tenure Track System (TTS) among others.

UET Vice Chancellor Dr Fazal Ahmed Khalid held a meeting with the representatives of the TSA, after which the protest was called-off.

Talking to The Express Tribune, TSA President Dr Suhail Aftab Qureshi said that the TSA had called-off the protest because of the assurance of the vice chancellor that pending issues raised by the association would be resolved.