Obama’s promis­ed trip to Pakist­an this year is now a loomin­g headac­he for the White House.
Published: May 8, 2011
Tweet Email 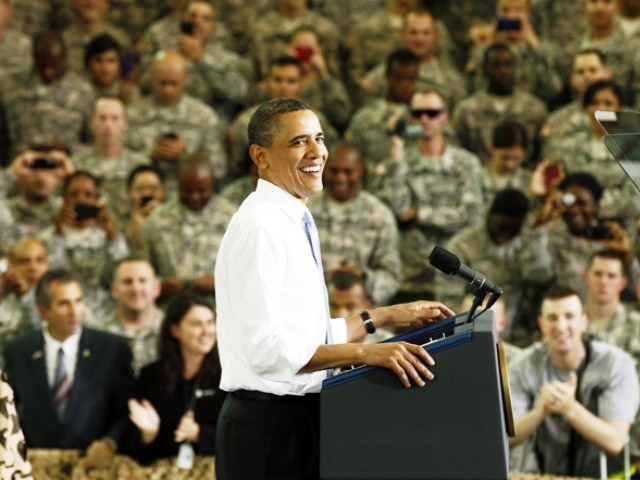 Obama smiles as he arrives to speak to troops at Fort Campbell in Kentucky May 6, 2011. PHOTO: REUTERS

US President Barack Obama’s promised trip to Pakistan this year, once seen as a reward for a key ally in the fight against terrorism, is now a looming headache for the White House as it tries to determine whether the government in Islamabad was complicit in allowing Osama bin Laden to live for years within the country’s borders.

Obama told Pakistani officials in the fall that he planned to travel there in 2011, in part to soothe concerns that the president was favouring Pakistan’s archrival India by visiting there first.

In the hours after Bin Laden’s killing by a US special forces team in Pakistan, John Brennan, Obama’s top counterterrorism adviser, left the topic open.

”I’m not going to address the president’s schedule,” he said. ”I think there’s a commitment that the president has made that he is intending to visit Pakistan. A lot depends on availability, scheduling.”

The decision is of enormous strategic and symbolic importance to both countries. A presidential trip would signal a continued US commitment to its complicated, yet necessary, relationship with Pakistan.