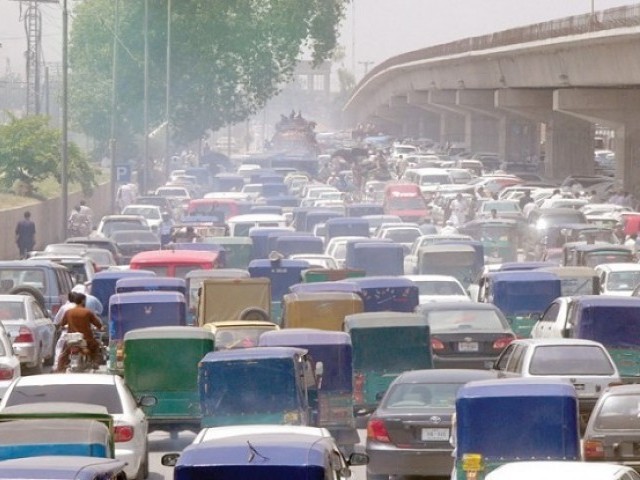 ISLAMABAD: To better monitor air quality, the climate change ministry has set up air quality stations in the capital and in some other parts of the country, officials said.

Set up under the Environmental Monitoring System (EMS) project launched in cooperation with the Japan International Cooperation Agency (JICA), one fixed station has been set up in Islamabad while Peshawar and Quetta have also got a station each. Moreover, two stations each have been set up in Lahore and Karachi.

Moreover, of the three mobile stations, one has been set up in Islamabad, one in Lahore and the last one in Karachi.

These stations are equipped with the latest technology to monitor ambient air around-the-clock.

Officials said that all provinces have devised their project concept-I (PC-I) and have started work on the project at the provincial level with the required staff.

After closing of this project at the federal level, PC-IV was submitted to Planning and Development Division and Establishment Division to convert the project posts from development to non-development.

With the air in the capital rapidly deteriorating, the Pakistan Environment Protection Agency (Pak-EPA) — the apex environmental watchdog, has initiated an air quality survey in and around the industrial sectors of the capital in Sectors I-9, I-10 and the Kahuta Industrial Triangle since February 1.

Officials further said that the Pak-EPA has been conducting surveys and taking samples on a need-basis to assess the quality of ambient air, particularly during winter.

Moreover, the sources said that the Environmental Monitoring System project has set up a foundation for building the capacity of monitoring laboratories of Pak-EPA and provincial EPAs to enhance regulatory compliance, environmental management and protection.

Pakistan’s urban air pollution is among the worst in the world. The horrific impact of air pollution is causing more than 20,000 premature deaths among adults and almost 5 million cases of illness among children each year, according to the World Bank’s report titled, ‘Cleaning Pakistan’s Air: Policy Options to Address the Cost of Outdoor Air Pollution’.

It mentions that the concentrations of particle pollution — or particle matter (PM) — in Pakistan’s urban areas are much higher than those experienced in other regional countries such as Bhutan, India and Sri Lanka. In addition, while these countries have adopted a number of measures that have resulted in reduced urban air pollution, Pakistan has yet to follow suit and is paying the costs of increasingly high outdoor air pollution.

World Bank estimates show that residents of Peshawar, for example, breathe an annual average of 110 cubic micro-metres of fine particulate matter — tiny pollutants that reduce visibility and reach deep into the respiratory tract. That is more than 11 times over the recommended upper limit.