LAHORE: An FIR for blasphemy has been registered against an 18-year-old Christian boy in Shahdara, Punjab.

P* was accused of circulating blasphemous content on social media and a protest was held against him at Shahdara.

The protesters gathered outside his house and demanded instant punishment. The mob ended the protest after an FIR was registered and police assured the crowd of taking prompt action.

According to a post on social media, the mob gathered with petrol to burn all Christians houses in the area and many Christian families have fled the village of Shadara. 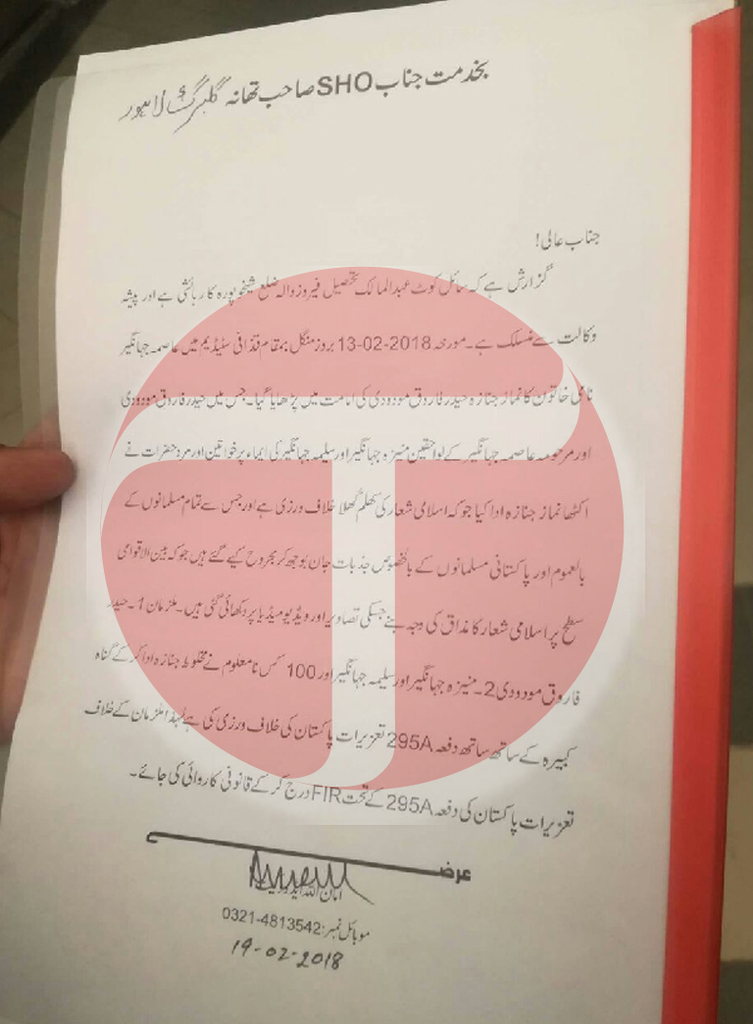 Meanwhile, an application by an advocate has been filed at Gulberg police station for registration of FIR under section 295-A against Farooq Haiader Maududi, Asma Jahangir’s sisters and others.

The complainant alleged that they committed blasphemy by disrespecting Islamic values as women and men offered funeral prayers together.