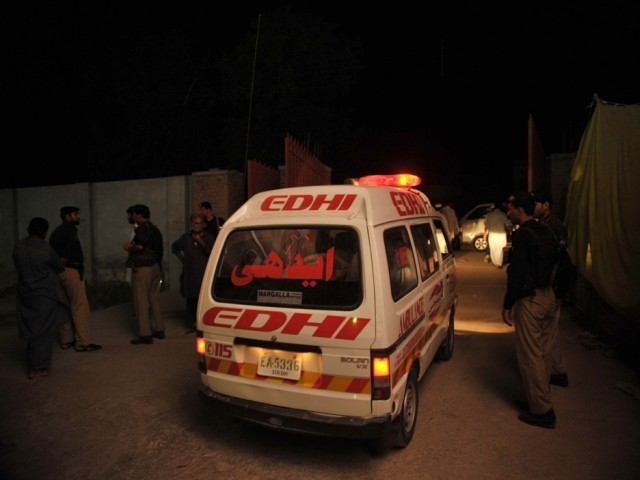 KARACHI: A youth hailing from Bajaur Agency, who was currently enrolled at the University of Karachi (KU), was found dead in Gulshan-e-Iqbal on Sunday.

Police officials said the deceased, 22-year-old Ahmed Shah, had been missing since Friday night. His body was found in the Metroville Third area in Gulshan-e-Iqbal within the limits of the Mobina Town police station, and was identified by his friend, Ahsanullah, during the medico-legal formalities at Jinnah Postgraduate Medical Centre. The body was later shifted to the Edhi morgue in Sohrab Goth.

Shah’s friend told the media that the deceased was studying at the KU zoology department in the masters programme. Ahsanullah added that Shah used to work after university to bear his academic expenses and returned home late at night. “We talked over the phone Friday night at around 10:30pm and since then he went missing,” the friend said. “Upon his disappearance, we tried to find him here and there and finally found him at a morgue.”

The deceased student used to live at a rented house, along with at least five more of his friends from his hometown.

Ahsanullah informed Shah’s family about his death. The family reached Karachi and received the body to take it to their hometown for burial.

According to the police, no bullet injury was found on the victim’s body. However, a severe wound was found in his head. “No doubt, he was murdered and it seems that he was hit by an iron rod,” said Mobina Town SHO Hashim Billo.

The officer added that the varsity student, along with others, had arrived from their hometown in Karachi for education. The SHO also pointed out that the body was found at the same street where the deceased lived.

According to the SHO, the motive behind the murder has yet to be ascertained. The police had called Shah’s roommates to record their statements, the officer said, adding that the police were also looking for phone call records of the victim and his friends.

A case was registered on behalf of the victim’s brother against unidentified persons, while further investigations are under way.