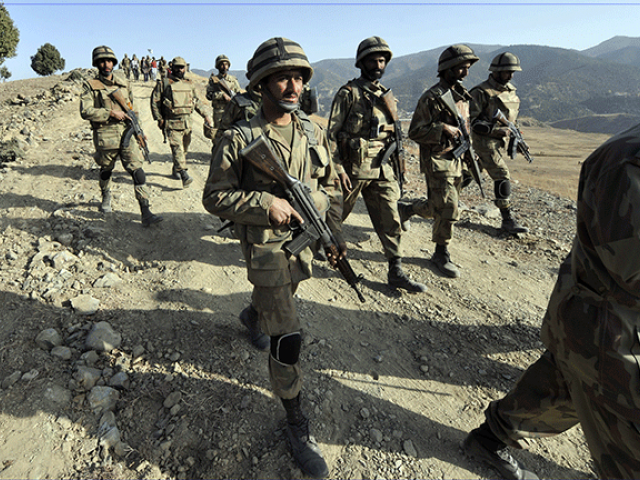 These troops, as well as, those already in Saudi Arabia for joint training exercises will not be deployed outside the kingdom. PHOTO COURTESY: THE CITIZEN

ISLAMABAD: A contingent of troops of the Pakistan Army is being dispatched to Saudi Arabia as part of continuation of the ongoing bilateral security cooperation between the two countries.

“These [troop] or [the] troops already there will not be employed outside KSA [Kingdom of Saudi Arabia]. Pak Army maintains bilateral security cooperation with many other GCC [Gulf Cooperation Council]/regional countries,” the military media wing said in a statement issued on Thursday.

The Inter-Services Public Relations (ISPR) did not provide the exact number of troops being sent. However, the army’s emphasis on sending the troops as part of ‘bilateral security pact’ is apparently to avoid any controversy since Pakistan is also part of the Saudi-led 41 nation counter terrorism alliance.

Former army chief General (retd) Raheel Sharif is heading the coalition, which Saudi Arabia and other members insist, is only meant to fight terrorism. However, Iran and some other regional countries are not convinced as they believe the coalition aims at furthering the Saudi agenda.

Pakistan joined the grouping on a condition that it would not become part of any initiative that targets any other Muslim country. Islamabad has been walking a tight rope to maintain balance in its ties with Saudi Arabia and Iran, which are at odds with each other because of divergent strategic interests.

The announcement regarding army troops being sent to Saudi Arabia came just a day after army chief General Qamar Javed Bajwa met the Iranian ambassador. The meeting suggests that the army chief might have taken the Iranian envoy into confidence about Pakistan’s move to send the troops to KSA.