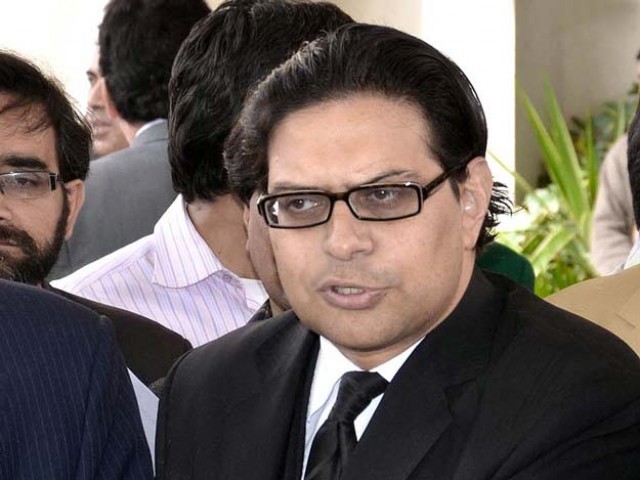 Lawyers to fend off challenge to Sharif’s re-election

Regarding Article 63 of the Constitution, which is defection clause, Raja also stated that the party head is just a referring authority who sends the matter related to the disqualification of any member of parliament to the Election Commission of Pakistan (ECP) for adjudication.

He also expressed the apprehension that when leaders of various parties — including Husain Shaheed Suhrawardy, Ayub Khuhro, Maulana Bhashani, etc., were disqualified under EBDO in 1959, then their vacuum was filled by other forces.

Meanwhile, the judges asked him whether a ‘looter’ or a drug tycoon can lead a political party.

Raja replied, “There has to be law on it, but still the Constitution is silent and the court cannot import interpretation in this matter,” adding “This is wisdom of parliament.”

”Can we allow a looter to become party head?”

The chief justice observed that the party head has absolute power, asking whether it will not be against the spirit of the Constitution, if a convicted person becomes party head.

“If someone is convicted for life imprisonment, then will he stay as party head?”

The bench also pointed out that the PML-N’s constitution has given immense power to the party head.

However, Raja stated that the PML-N’s constitution is not yardstick with which to examine Section 203 of the Election Act.

Meanwhile, the bench sought details from the Election Commission of Pakistan (ECP) about the authority within the PML-N, PTI, PPP that granted Senate tickets to their respective candidates.

The court noted that it is necessary to examine the consequences of giving tickets by the party chief.

The bench also sought parliamentary debate regarding the 14th Constitution Amendment which gives immense power to head of a political part.

The hearing of case is adjourned till today (Thursday).

Meanwhile, the top court, on Wednesday reserved judgment on the case related to determination of time duration of disqualification under Article 62(1)(f) of the Constitution.

Attorney General for Pakistan Ashtar Ausaf Ali said, “No duration of disqualification is given in the Constitution.”

He stated that the right forum to determine time duration of disqualification is parliament.

“A declaration under Article 62(1)(f) does not carry a time limit, nor does it prescribe the mechanism for revisiting such a declaration. Therefore, till such time the parliament makes such provisions, the declaration shall continue,” the attorney general added.