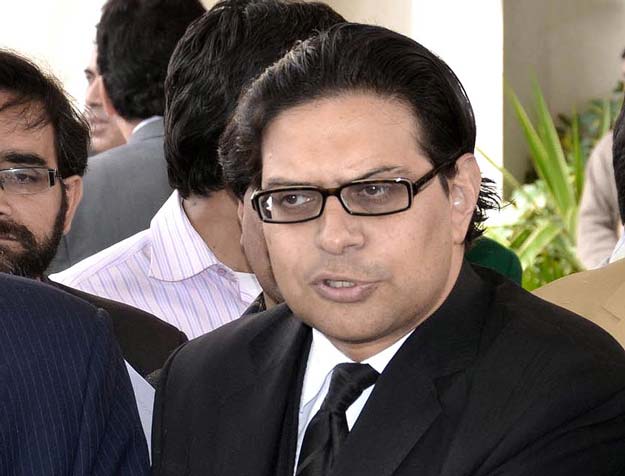 ISLAMABAD: The PML-N is dissatisfied with the performance of one of its counsels, Salman Akram Raja, who had conceded before the Supreme Court’s five-judge larger bench – hearing Panamagate case – that there were ‘gaps’ in the money trail through which Sharifs acquired their London flats.

Justice Azmat Saeed Sheikh, who endorsed the majority judgment in his additional note, observed that no explanation for payment of the remaining liability of Gulf Steel Mills had been offered.

“The learned counsel for respondent Nos 7 and 8 [Salman Akram Raja] frankly conceded that there are ‘gaps’ in this behalf, which could not be explained,” he pointed out in his note.

Justice Ijaz ul Ahsen also observed that Raja ‘candidly admitted’ that there were holes and gaps in the stance adopted by the respondents which had neither been filled nor explained by supplying acceptable explanations, evidences and documentations.

Sources told The Express Tribune that the party leadership and Sharif family members believe that the celebrated counsel did not submit most crucial documents before the larger bench during the hearing.

In view of the sensitivity of matter, the family has decided to get legal advice from Khawaja Haris and Khalid Anwar for evolving future strategy.  The family has so far got the services of five top lawyers – Makhdoom Ali Khan, Shahid Hamid, Salmran Akram Raja, Akram Sheikh and Salman Aslam Butt.

Khawaja Haris is one of the top lawyers of the country, who has command on white-collar crimes particularly matters falling under NAB Ordinance 2000.  He was successfully able in 2009 to get Prime Minister Nawaz Sharif acquitted in plane hijacking case.

A senior PML-N leader told The Express Tribune that Sharif family has sought legal opinion over the judgment from their legal team members including Khawaja Haris and Khalid Anwar in next few days. “All lawyers will again read the judgment and will give their findings in next few days”, he adds.

The family is asking both senior lawyers whether the family members should file review petition against April 20 verdict on Panamagate and what should be the future course of action before the Joint Investigation Team (JIT) ordered to be formed to further probe the matter.

The Supreme Courts’ office has sent a letter to the Federal Investigation Agency (FIA), the National Accountability Bureau (NAB), the State Bank, Securities and Exchange Commission, the Inter-Services Intelligence and the Military Intelligence for recommending three names for the constitution of the JIT.

The seven days’ deadline is going to end on Thursday.