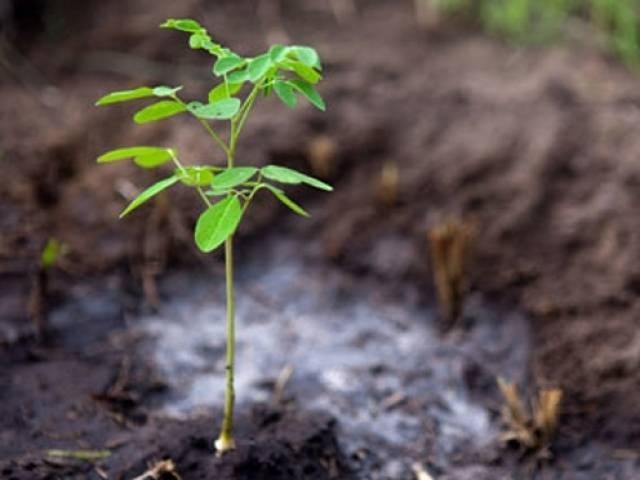 Emphasis is on planting plants with deep roots on the banks of Murree Expressway to prevent land erosion PHOTO: EXPRESS

RAWALPINDI: The Forest Department will plant over 1.7 million saplings during spring tree plantation campaign 2018 in Rawalpindi region starting from February 15.

Rawalpindi Circle Forests Conservator Syed Athar Hussain Shah said, divisional forest officers and other concerned have been directed to make all out efforts to achieve the set target for their respective areas. They have also been instructed to plant maximum saplings with the help and cooperation of the civil society, officials and students during the campaign.

He said the efforts were being made to achieve the target fixed for plantation campaign and according to the directives of the authorities concerned, a comprehensive plan of massive tree plantation has been evolved to bring maximum area under forest cover which is basic requirement to overcome environmental degradation.

He said that the staff members of the department had been activated to make sure proper forestation in their respective areas which will be inspected by the senior forest officers.

He said adding special emphasis is being given on plantation of shrubs and deep rooted plants on the banks of Murree Expressway to prevent land erosion and landslides. The saplings will be planted in Murree area under Bioengineering work, a landslide control technology.

He informed that the Forest Department would plant saplings on 10,600 acres of land in the shape of caboodle and on 610 avenue miles the road sides.

He said that stumps would be planted on 156 acres of land where 45.58 million new potted plants would be raised.

He said the Punjab Forest Department has established 354 sale points throughout the province with 22.36 million saplings would be sold in order to help the general public and they would be encouraged to play its role in making the spring season tree plantation campaign a success.

He said that the department had also launched a project to set up green pockets in all the districts.

The armed forces, rangers, educational institutions and industrial units would also be taken on board to make the campaign successful, he added.

Increasing environment pollution and climate change were posing great threat to human and animal lives and the only way out to avoid this danger is to plant maximum trees, he said adding, the citizens would be encouraged to plant trees in educational institutions, homes, factories and office premises which would help control environment pollution.

He said that 12 million saplings will be planted during the Tree Plantation Campaign. He said that targets of planting 5.85 saplings on forest lands, 0.71 million on lands of Defence Institutions, 2.22 million on other government departments’ lands and 3.22million on private lands had been fixed.

He said that main objective of Tree Plantation Campaign (TPC) is to create awareness among people to plant maximum trees so that problems of environmental pollution due to rapidly rising population could be controlled.

The people from every walk of life should realize their responsibilities and come forward to take part in TPC so that the province’s dire need of wood and energy could be fulfilled.

He said that it is need of the hour to increase the forest area by accelerating the speed of plantation process adding, the government could not achieve the task alone and people belonging to all walks of life should come forward and play their role in this regard.

Taxila Museum gets a digital makeover