Hermien, the escaping cow, safe in her forever home

The ruling means Assange remains in a legal and diplomatic impasse, with no way out of the embassy 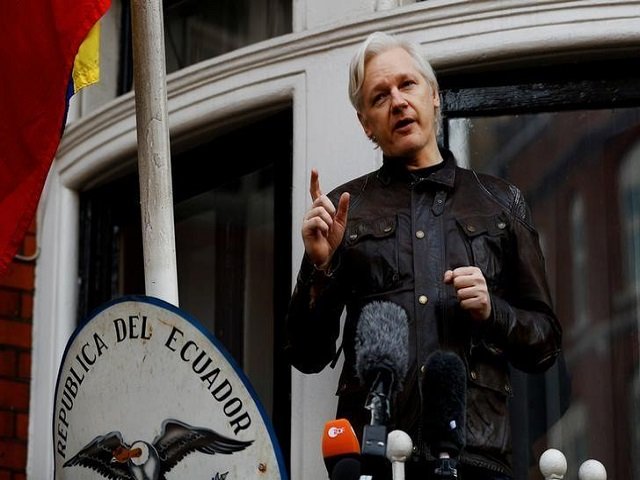 WikiLeaks founder Julian Assange is seen on the balcony of the Ecuadorian Embassy in London, Britain, May 19, 2017. PHOTO: REUTERS/File Photo
LONDON: WikiLeaks founder Julian Assange lost a legal bid on Tuesday to persuade British authorities to drop further action against him for breaching his bail conditions when he walked into the Ecuadorean embassy in London in 2012.


The ruling means Assange remains in a legal and diplomatic impasse, with no way out of the embassy where he has been living for almost six years unless he decides to face the prospect of arrest by British police.

Assange, 46, entered Ecuador’s embassy in June 2012 after skipping bail to avoid being sent to Sweden to face an allegation of rape, which he denied. The Swedish case was dropped in May last year, but Britain still has a warrant out for his arrest over the breach of bail terms.

“I find arrest is a proportionate response even though Mr Assange has restricted his own freedom for a number of years,” judge Emma Arbuthnot, the chief magistrate of England and Wales, said in her ruling at Westminster Magistrates Court.

Assange says he fears that if he hands himself in he could be extradited to the United States to be prosecuted for publishing U.S. diplomatic and military secrets on WikiLeaks.
Assange in new bid to cancel UK arrest warrant

There is no public record or evidence demonstrating any U.S. criminal charges are pending against Assange, but he and his supporters believe U.S. prosecutors could have a sealed, therefore secret, indictment against him.

His lawyers had argued in a court hearing last week that it was no longer in the interests of justice for British authorities to seek to arrest and prosecute him for skipping bail, but the judge rejected their points.

“Defendants on bail up and down the country, and requested persons facing extradition, come to court to face the consequences of their own choices. He should have the courage to do so too,” she said.

“The impression I have ... is that he is a man who wants to impose his terms on the course of justice.”

Assange, who is very active on Twitter, appeared to be closely following the hearing from within the embassy. He sent a number of tweets while the judge was reading out her ruling, one of them commenting that it did not seem to be going well for him and others linking to articles favorable to him.

In one passage from her ruling, the judge said she did not accept the argument of Assange’s lawyers that he had no access to sunlight. She said she had seen photographs of him on the embassy balcony.

“Pulling security to get me safely on the balcony six times in six years for a few minutes turns into this,” Assange tweeted in response.

Assange’s supporters regard him as a champion of freedom of speech who has exposed inconvenient truths at great personal cost. His critics say that some of the WikiLeaks material posted online endangered lives in several countries, and that he has been too eager to side with autocratic regimes in his determination to criticize the United States. 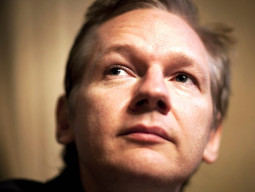 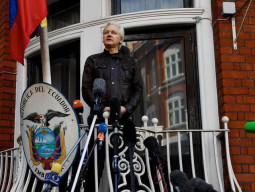