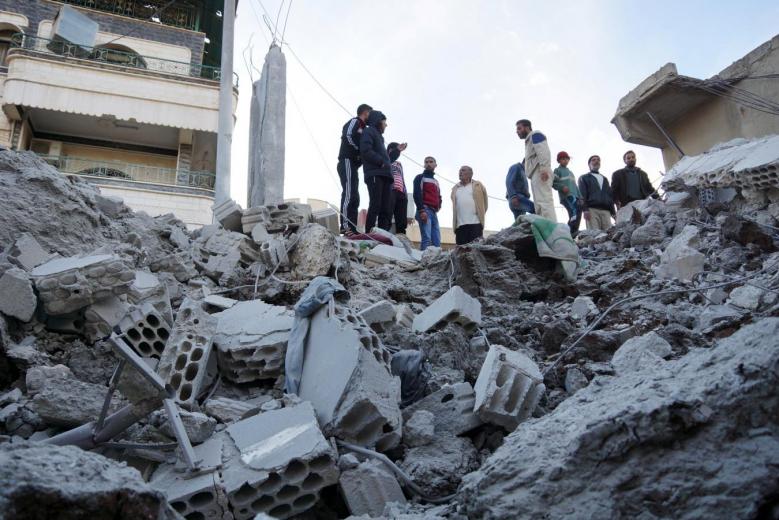 Residents inspect a damaged site from what activists said were airstrikes carried out by the Russian air force in Nawa city, Deraa, Syria. PHOTO: REUTERS
MOSCOW:

Russian fighters were among those killed when US-led coalition forces clashed with pro-government forces in Syria this month, former associates of the dead said on Monday.

A US official has said more than 100 fighters aligned with Syrian President Bashar al-Assad died when coalition and local coalition-backed forces thwarted a large attack overnight on Feb. 7.

Russia’s Defence Ministry, which supports Assad’s forces in the Syrian civil war, said at the time that pro-government militias involved in the incident had been carrying out reconnaissance and no Russian servicemen had been in the area.

But at least two Russian men fighting informally with pro-government forces were killed in the incident in Deir al-Zor province, their associates told Reuters on Monday.

One of the dead was named as Vladimir Loginov, a Cossack from Russia’s Kaliningrad exclave. Maxim Buga, a leader of the Cossack community there, said Loginov had been killed around Feb. 7 along with “dozens” of other Russian fighters.

The other man killed was named as Kirill Ananiev, described as a radical Russian nationalist. Alexander Averin, a spokesman for the nationalist party he was linked to, told Reuters Ananiev had been killed in shelling in the same fighting on Feb 7.

US, Russia clash at UN over Syria chlorine attacks

Reuters was unable to independently confirm either man’s death.

Grigory Yavlinsky, a veteran liberal politician who is running for president in elections next month, called on President Vladimir Putin to disclose how many Russians had been killed in Syria and in what circumstances.

“If there was large-scale loss of life of Russian citizens, the relevant officials, including the commander-in-chief of our armed forces (Putin), are obliged to tell the country about it and decide who carries responsibility for this,” Yavlinsky said in a statement released by his Yabloko party. 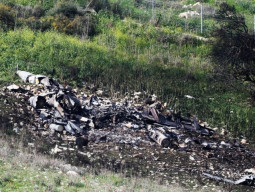 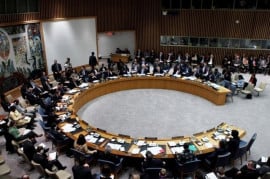 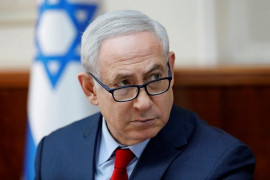 Israel will not allow Iran 'entrenchment' in Syria: PM