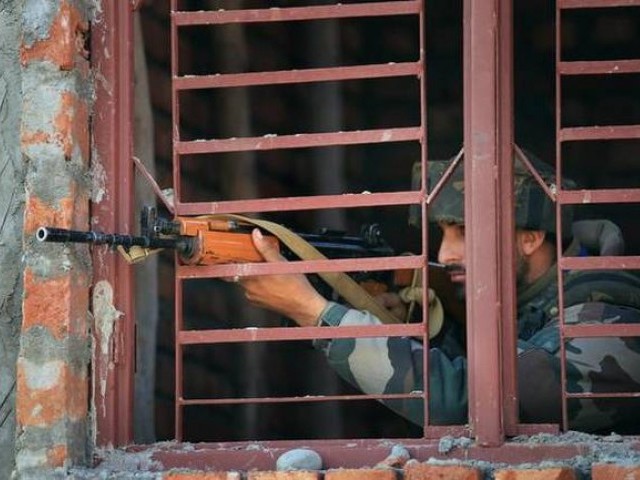 Five Indian soldiers and one civilian have been killed in the ongoing military operation to flush out militants holed up near the residential quarters inside the Sunjuwan Army camp in occupied Kashmir since Saturday, according to reports.

Four militants have also been gunned down by the security forces.

Earlier today, Indian Army Chief Bipin Rawat arrived in the disputed territory and met senior commanders to take a stock of the situation.

Rajwat said that there was no firing during the night and the focus continued to be the evacuation of people from the family quarters.

A group of heavily armed militants struck the sprawling camp of the 36 brigade of Indian Occupied Kashmir (IoK) Light Infantry in the early hours of Saturday, triggering a gun battle which left two junior commissioned officers and one non-commissioned officer of the army dead.

A high alert has been sounded in the Himalayan region and security beefed up in and around the city.

The militants had struck before dawn on Saturday and managed to sneak into the camp from the rear side of the base after a brief exchange of fire with the sentry on its periphery.

“The militants entered the family accommodation complex after which quick response teams cordoned off the area and isolated the attackers, who are holed up in a few houses [inside the camp],” officials said.

While there was no action around the main entrance and vehicles were moving along the Lakhanpur bypass in front of the camp, security personnel in bullet-proof vehicles engaged in the operation to rescue people from the family quarters in the rear side of the base.

Contingents of CRPF and police were posted outside the boundary wall and were keeping curious onlookers at bay to avoid civilian casualties.

On Saturday, two of the attackers in combat gear were gunned down while nine people – a major, three personnel and five women and children – were injured in the day long operation.