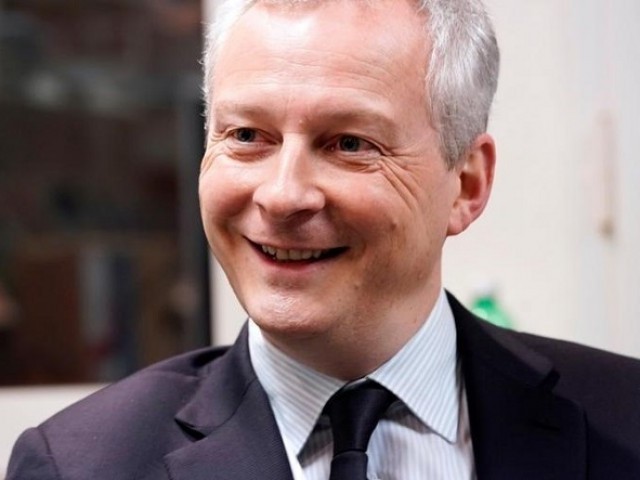 France and Germany intensified calls on Wednesday for US technology giants to pay more tax in the European Union, with Paris saying the new bill could amount to billions of euros.

French Finance Minister Bruno Le Maire said he wanted the EU to adopt new rules on taxing digital companies next year, while in Germany, the two parties seeking to form the next government said they wanted a new Europe-wide corporate tax system to stamp out multinational tax avoidance.

“We want a fair taxation of digital giants that create value in Europe in 2019,” he said in an interview with Reuters and a small group of European newspapers.

US tech groups such as Google-owned by Alphabet and Apple use complex intra-group arrangements to pay low single-digit tax rates on profits derived from European customers.

Frequently these strategies hinge on the co-operation of smaller EU nations like Luxembourg which sometimes take a light touch approach on a tax to help encourage inward investment.

President Emmanuel Macron’s government has proposed taxing the tech giants on revenues rather than profits, to get around the problem that the companies shift the profits from where they are earned to low tax jurisdictions.

The EU is mulling new tax rules on digital companies which may include a tax on their turnover, a levy on online ads or a withholding tax on payments to internet firms.

However, previous international efforts to tackle profit shifting by digital companies have faced legal difficulties, not least around defining what is a digital company.

The coalition agreement between Chancellor Angela Merkel’s conservatives and the Social Democrats, published on Wednesday, said the parties backed another possible solution.

“We support a common, consolidated tax base and minimum rates of business taxation,” the coalition partners said, adding that they wanted, with France, “to give a European answer to international changes and challenges in this area, not least in the United States.”

A common, consolidated tax base system would apportion companies’ European profits to countries proportionate to the where their customers and operations are located, rather than allowing them to channel the profits into lower tax jurisdictions like Ireland.

The European Commission declined to comment on the German coalition deal but did say it would come forward this spring with new rules for digital taxation.

Italy, Germany, and Spain, together with France, are spearheading the push for tax reform. They face resistance from smaller nations like Ireland who are a hub for those firms’ investments and fear changes could hurt their economies.

Le Maire said countries should not go easy on the tech giants to lure investment.

He said that the companies should be paying billions of euros annually in EU tax.

“European citizens would struggle to understand why the taxation of digital giants at a European level only raised tens of millions of euros. They would see that as a provocation and they would be right.”

The French government is open to working with other members of the OECD group of industrialised nations, which are currently seeking international solutions to the problem of corporate profit shifting.

“But we won’t be slowed down or blocked by technicalities,” he added.

EU states could have lost 5.4 billion euros in tax revenues from Google and Facebook between 2013 and 2015, according to an EU lawmaker’s report.

While the European Commission has pledged to follow the lead of the OECD, it has also kept open the option of acting unilaterally.