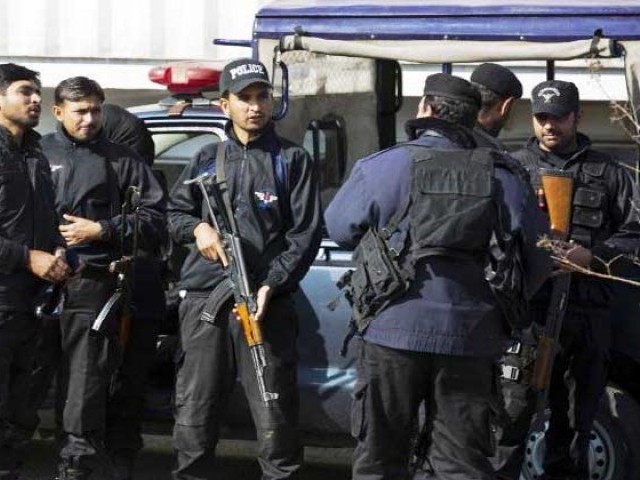 PESHAWAR: Police have arrested two suspects in Mardan in connection with the rape and murder of a minor girl Asma.

Briefing the media about the development in the case at Central Police Office (CPO), IGP Salahudin Mehsud said the two accused, including a 15-year-old boy have been arrested.

“The case had been solved despite the fact that it was completely blind, there were no CCTV footages as well,” he informed, saying that it was a difficult case because the crime scene was a 16 canal field and the police team found a drop of blood on one plant which led to the arrest of the 15-year-old accused and his friend.

Asma’s murder: DNA sample matches with one of the suspects

Regional Police Officer (RPO) Mardan Alam Shinwari told the media that the accused is just 15-years-old and was a close relative of the victim who lived on the same street.

“M* is a 15-year-old juvenile offender who works at a restaurant on daily wages but on Saturday did not go to work because he had to attend a wedding. Asma was heading home and asked the accused to get her sugarcane.

Shinwari said that the accused then fled and he was with the police all the time while they were examining the crime scene.

“The accused took a bicycle and went to his friend F* and told him that he had killed a child. We have arrested him too,” he further added.

“Commendable work by the professional K-P police force. In the Asma case, with just one spot of blood found and no other evidence, no CCTV footage, K-P police worked professionally to catch [the] culprit showing they have developed advanced forensic detection capability as well.”

Commendable work by the professional KP police force. In the Asma case, with just one spot of blood found & no other evidence, no CCTV footage, KP police worked professionally to catch culprit showing they have developed advanced forensic detection capability as well. pic.twitter.com/UVTy4K0zXm

The PTI chief further lauded Chief Minister Pervez Khattak, saying there was no “political gloating”, highlighting the difference between “K-P’s professional police force and the highly politicised and criminalised police force of Punjab and Sindh.”

Nor was there any political gloating by CM. Instead, as is done all over the democratic world, the police chief gave a professional press briefing. This is the difference between KP's professional police force & the highly politicised & criminalised police force of Punjab & Sindh https://t.co/7UpISpIgyQ