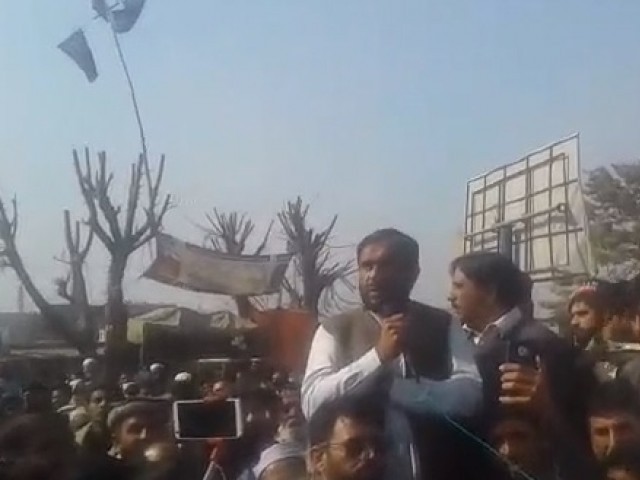 Awami National Party (ANP) and Pakistan Tehreek-i-Insaf (PTI) workers logged heads in Mardan as both parties staged protests at the same time and location on Monday.

The protestors blocked Malakand Shahrah near Asma’s house, however, K-P police was able to intervene and a clash was averted.

The ANP, led by their Mardan District Nazim staged a protest against the Khyber-Pakhtunkhwa government and police administration on failing to solve Asma rape and murder case. On the other hand, PTI  rallied in support of the police with Iftikhar Ali Mashwani, Member of Khyber Pakhtunkhwa (K-P) Assembly (MPA) leading the crowd.

Addressing the rally, the PTI MPA said nothing substantial was found in the forensic report. He further accused ANP of having political motives in regards to the murder case.

However, the District Nazim questioned why the forensic report has not been made public.