'I still get cross with her when it's prayer time'

'I still get cross with her when it's prayer time' 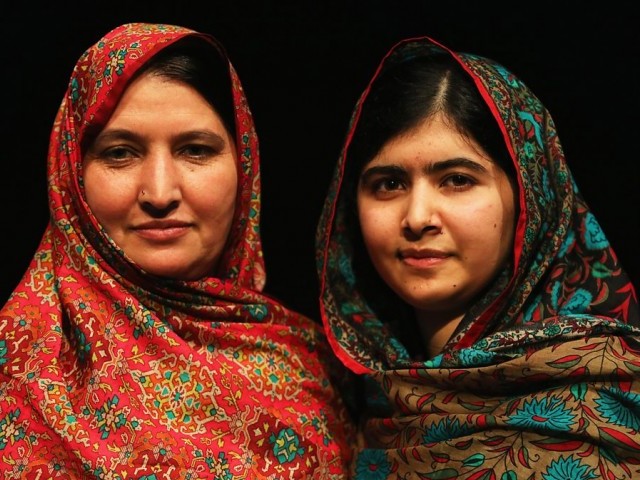 What’s it like to be the mother of a Nobel Peace Prize winner? For Toor Pekai Yousafzai, mom to world’s youngest Nobel laureate Malala Yousafzai, it’s pretty much the same.

Yousafzai, who has mostly stayed away from the spotlight surrounding her daughter, recently spoke to BBC Outlook about their relationship and their new life in the UK.

“It is the same Malala. There is no difference,” Malala’s mom says about her daughter.

“I still get cross with her when it’s prayer time. I have to tell her to get up and pray. That hasn’t changed.”

Giving a picture of what the Nobel laureate’s like at home, Yousafzai says Malala does not have an air.

“In a way, she’s more likely to do what she’s told now than before,” she adds.

‘I miss my homeland’

When asked about restarting their lives in the UK, Yousafzai says though she misses her homeland, she’s doing it for her daughter.

“There is a big difference between our lives now than when we lived in Swat. We used to see my brothers and sisters, relatives and neighbours there,” she says.

“I miss my homeland. And we will go there one day. But it was there that Malala was attacked in broad daylight. She was preaching peace, spreading the message of peace and she was still attacked.

Life in the UK

In the hustle-bustle of life in the UK, Yousafzai says she keeps herself pretty busy.

“I go to English classes because I am learning the language. I keep in touch with my relatives. I also get involved with their campaigning and activism,” she says.

“When my husband and Malala go somewhere, I accompany them so I’m pretty busy.”

‘Listen to your children’

Surely, raising a strong-willed child must not have been easy, especially in a patriarchal society such as that of Pakistan’s. So what did the Yousafzais do differently?

“I always tell people to listen to their children,” Yousafzai said. “In the past, when I was young there was more of a distance between us and our parents.

“But when we became parents, Malala’s dad is the one who taught me the importance of listening to children,” Yousafzai says as she speaks of the values of her husband Ziauddin Yousafzai.

“God has given rights to everyone. But there are people who take away women’s rights. My husband never did this. I have always been able to express my opinions.”

‘Education is your companion’

Yousafzai shared an interesting anecdote with the BBC about a girl who was visiting the Nobel laureate’s family in the UK.

“[The girl] had been through a lot. She was divorced and later she got a scholarship to study in Europe.

“She was born in a conservative family like mine. When she was leaving us, I looked at her. Something crossed my mind.

Yousafzai is of the opinion that an uneducated woman a lot of times finds herself dependent on her husband or her brother or her father.

“I believe that education is everything for people today,” Yousafzai says.

Malala Yousafzai first came to public’s attention in 2009 as a schoolgirl who wrote a diary about her life under Taliban rule. Three years later, she was shot in the head by militants for daring to go to school. Malala then went on to become the youngest recipient of the Nobel Peace Prize for her activism surrounding girls’ education.