Trophy of footba­ll’s bigges­t event will touch down in the countr­y on Saturd­ay
By Sports Desk
Published: February 2, 2018
Tweet Email 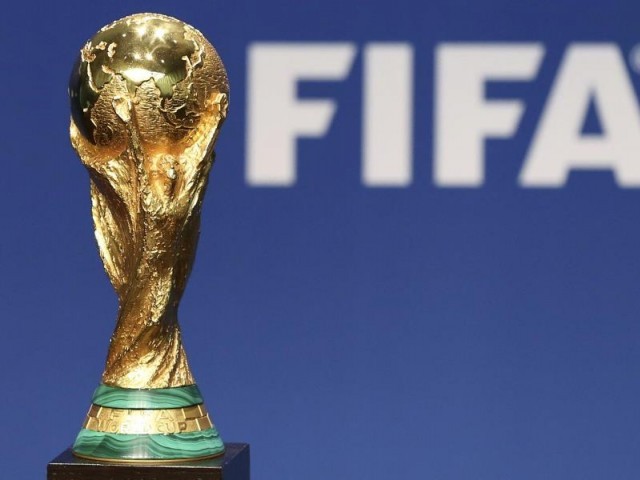 Lahore is set to welcome the FIFA World Cup trophy, which will land in Punjab’s provincial capital on Saturday.

The trophy is coming to Lahore as part of a journey that sees it travel to 51 countries and 91 cities across six different continents.

FIFA World Cup Trophy to come to Pakistan on February 3

The trophy, which will reach Lahore in a special chartered plane along with a host of superstars including legendary batsman Younis Khan, famous singers Quratulain Baloch and Momina Mustehsan and former French World Cup winner Christian Karembeu, will remain in the city for a day where it will be put on display for the public.

The current trophy was introduced more than four decades back in 1974, and is made of 18 carat gold with a malachite base. The trophy is approximately worth $150,000 according to research in 2017, and was made by Italian company Stabilimento Artistico Bertoni.

The mega event will be held in Russia in the summers, where 32 teams will battle it out to claim the iconic trophy.

Germany will defend its title which was won four years back in Brazil after a 1-0 win over Argentina, thanks to an injury-time winner from attacking midfielder Mario Gotze.

The trophy’s tour will end in May later this year, after which it will return to Russia.