Expect­ed to arrive in Punjab's capita­l on Februa­ry 3, the trophy will be parade­d around iconic places in the city
By News Desk
Published: January 11, 2018
Tweet Email 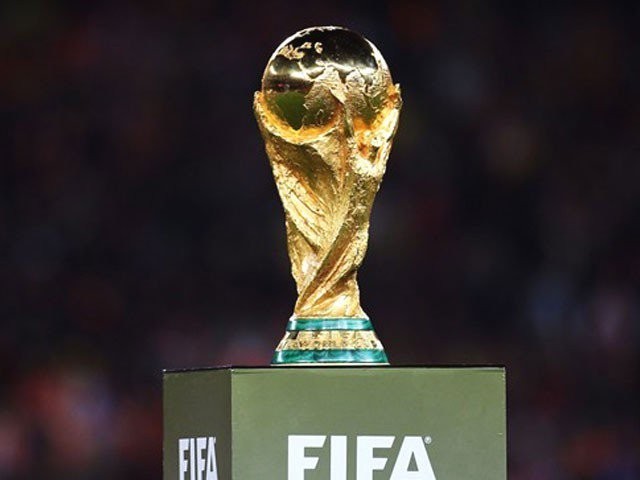 Preparations to welcome the trophy for Fédération Internationale de Football Association (FIFA) World Cup in Pakistan are underway as the country looks forward to marking the occasion with a grand event scheduled early next month.

The world cup trophy is expected to arrive in Lahore on February 3, and will be paraded around iconic places in the city.

A formal announcement in this regard will be made on Thursday, Express News reports.

Thirty two football teams from around the world will take part in mega event this year.

Pakistan has once again failed to qualify for the occasion, and the ongoing crisis of Pakistan Football Federation (PFF) with the international governing body has resulted in the former’s membership suspension from the organisation.

The arrival of the trophy in the country is largely the result of efforts by FIFA officials and private sponsors, sources say.

It will stay in Lahore for a day before departing for Kazakhstan.

Stokes in, Ballance out of England squad for New Zealand Tests