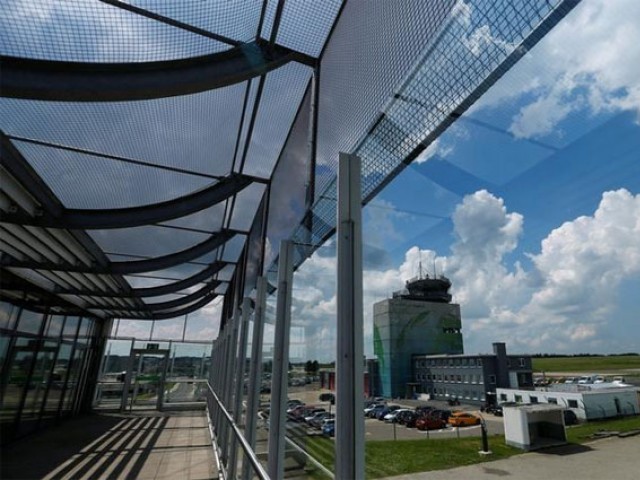 Company gets second exemption from ECC in December. PHOTO: RUETERS

ISLAMABAD: The government on Thursday failed to defend the huge tax exemptions given to a Chinese company constructing the Multan-Sukkur section of the China-Pakistan Economic Corridor (CPEC) as senators questioned the quantum of relief and its impact on local industries.

The Senate Standing Committee on Finance and Revenue heard the viewpoint of the Federal Board of Revenue (FBR) in the case of giving massive tax breaks to the China State Construction Engineering Company (CSCEC) which is working on the Multan-Sukkur section of the CPEC.

The quantum of tax relief appeared higher than Rs11 billion, as quoted by the senators in the committee meeting, while the government had also given Rs29.3 billion exemptions to the same company in July 2016.

Last month, the FBR had issued a statutory regulatory order to allow exemption to the CSCEC approved in December last year by the Economic Coordination Committee (ECC) of the cabinet.

The company has been exempted from paying federal excise duty, sales tax and withholding tax on imported construction material and goods used in the construction of CPEC’s Sukkur-Multan section.

Several senators have moved a calling-attention notice in the Senate, asking for rationale behind the huge tax exemptions. During the committee meeting, the senators valued the exemptions at Rs11 billion.

It was the second exemption approved by the ECC in December. Earlier, in July 2016, the ECC had also approved Rs29.23 billion tax exemption in favour of the CSCEC.

At that time, an amount of Rs19.1 billion had been written off in lieu of customs duty for importing equipment, materials, plants, machinery, appliances and accessories used in the project. Another Rs10.2 billion has been waived off on account of withholding taxes.

The FBR’s spokesman was not immediately in a position to explain the exact quantum of tax exemption that the company availed.

Committee member Senator Murtaza Wahab of the Pakistan Peoples Party (PPP) said that an exemption could only be given across the board. He said Rs10.98 billion worth of exemption to the Chinese firm would adversely affect the local industries.

“Under the Constitution, the government cannot give preferential treatment to any one party,” he said.

Senator Wahab said the government did not either fulfil the conditions laid out in the law for approving tax exemptions. “The ECC does not have any constitutional existence, and the decisions approved by the ECC are in violation of Article 91 of the Constitution,” he claimed.

Senator Ilyas Bilour of the Awami National Party (ANP) said the issuance of the statutory regulatory order (SRO) to grant exemption on import duty after completion of 37% work on the project was not understandable.

However, FBR member Dr Mohammad Iqbal maintained that the bureau fulfilled all procedural requirements before issuing a notification to put the exemptions into effect.

He said parliament had delegated the federal cabinet’s powers to the minister in-charge revenue, adding that the notification to give effect had been issued after the minister’s approval.

Dr Iqbal said the FBR did not move the summary to give exemptions, adding that the ECC took the decision on a summary moved by the communication ministry.

The standing committee decided to hear the communication ministry in the next meeting before giving its recommendation.

According to FBR Member Customs Zahid Khokhar, the FBR had opposed the summary to give tax exemptions.

Pakistan Tehreek-e-Insaf’s Senator Nauman Wazir alleged that the federal government changed the project’s specifications after issuing the tender with the intention to provide benefit to the Chinese bidders.

He said initially the cost of the project was Rs240 billion which went up to Rs440 billion after its re-tendering. The cost was then reduced to Rs296 billion after the government changed the specifications, he added.

Senator Wazir said that former finance minister Ishaq Dar had promised on the floor of the parliament that the government would not give preferential tax treatment to the Chinese companies working on the CPEC. He said those exemptions were also in violation of the government’s policy statement in the parliament.