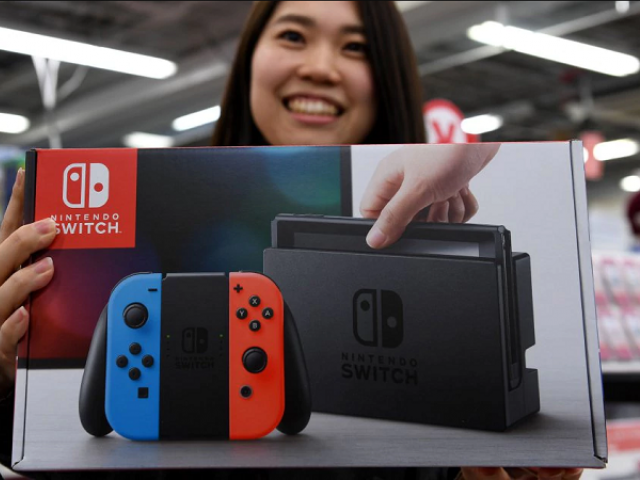 31-year-old Nao Imoto posing with her newly purchased Nintendo Switch game console at a shop in Tokyo. Nintendo nearly doubled its full-year profit forecast as it pointed to sizzling sales of its Switch games console and a cheaper yen for the upbeat outlook. PHOTO: AFP

Nintendo upgraded its annual net profit estimate by more than 40 per cent Wednesday after its popular Switch console flew off shelves during the holiday season, fuelled by a cheaper yen.

The company cited strong sales of Switch as lifting its performance during the April-December period.