WASA sounds warning to those who litter

WASA sounds warning to those who litter 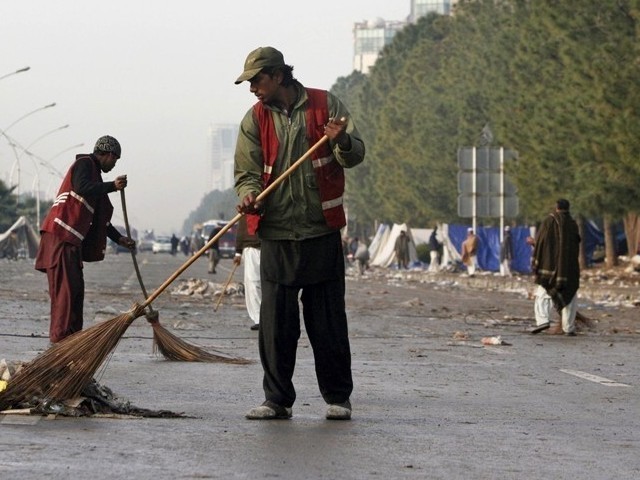 The Water and Sanitation Authority (WASA) of Abbottabad has warned residents against throwing garbage in the streets. PHOTO: EXPRESS/FILE

ABBOTTABAD: The Water and Sanitation Authority (WASA) of Abbottabad has warned residents against throwing garbage in the streets, on private plots and in the drains instead of depositing them at the allotted spot.

A notification by WASA Chief Executive Officer Engineer Noor Qasim in this regard was issued the other day where it was stated that all those who throw garbage carelessly will be booked under Section 66 and 68 of the Khyber-Pakhtunkhwa Local Government Act 2013, where fines ranging from Rs500 to Rs3,000 can be imposed by sanitary inspectors on the spot.

WASA has asked that general public to help out the sanitation staff to keep city neat and clean as Abbottabad is one of the main tourist spots and attracting visitors from across the country and from abroad.

It added that WASA has launched a plan whereby garbage is removed from the dumps on a regular basis while special arrangements are also being made to remove garbage from those locations where vehicles cannot go.

Shopkeepers, especially of fruit and vegetable stalls, meat sellers, pushcart owners and others have been advised not to throw their waste in open places.