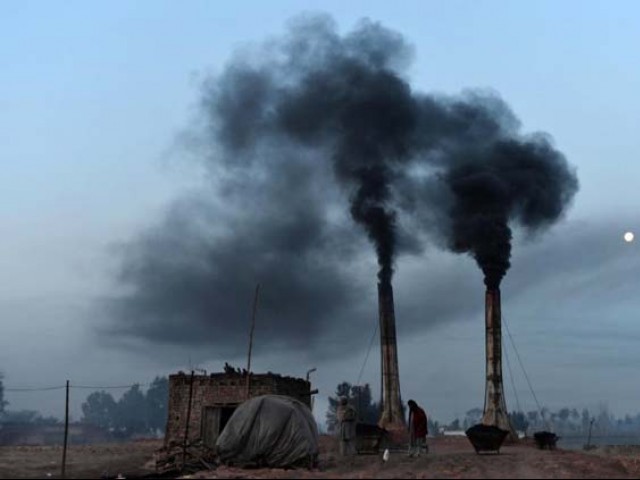 ISLAMABAD: Pakistan’s urban air pollution is among the worst in the world. The horrific impact of air pollution is causing more than 20,000 premature deaths among adults and almost 5,000,000 cases of illness among children each year, according to the World Bank’s report titled, ‘Cleaning Pakistan’s Air: Policy Options to Address the Cost of Outdoor Air Pollution’.

“Pakistan is [one of] the most urbanised countries in South Asia, and it is undergoing rapid motorisation and increasing energy use… Air pollution, particularly in arge urban centres, damages the population’s health and quality of life and contributes to environmental degradation,” the report states.

It mentions that the concentrations of particle pollution — or particle matter (PM) — in Pakistan’s urban areas are much higher than those experienced in other regional countries such as Bhutan, India and Sri Lanka. In addition, while these countries have adopted a number of measures that have resulted in reduced urban air pollution, Pakistan has yet to follow suit and is paying the costs of increasingly high outdoor air pollution.

The study reveals that — from 2007 to 2011 — the reported levels of PM, sulfur dioxide (SO2), and lead (Pb) were many times higher than the World Health Organization (WHO) air quality guidelines.

However, former Pak-EPA Director General Asif Shuja Khan adds that the report was commissioned in 2014, and the alarming figures may have been increased since — keeping in mind the impact of the smog in 2017 on health, economy and agriculture. “Currently, the impact of climate change is making matters worse, which we witnessed in the form of the dense smog last,” says Khan. “But it’s important to understand that smog alone cannot be controlled at a local level, as it requires regional cooperation.”

Pakistan’s economic hub — Karachi — is perhaps the worst hit. Its population is exposed to outdoor ambient air concentrations of PM that are much higher than WHO guidelines. Annual average PM2.5 ambient air concentrations are estimated at 88 micrograms per cubic meters. “Nearly 80% of the 9,000 premature deaths caused each year in Pakistan by high PM2.5 concentrations are in Karachi,” reads the report. The report outlines a broad spectrum of research on Pakistan’s air pollution challenges and identifies a comprehensive set of steps to improve air quality. The Express Tribune outlines some of the significant findings from the report:

The number of vehicles on Pakistan’s streets have jumped from approximately two million to 10.6 million over the past 20 years — an average annual growth rate of 8.5%. The number of motorcycles grew more than 450% and motor cars close to 650%.

Emissions from large-scale facilities such as cement, fertiliser, sugar, steel and power plants — many of which use furnace oil that is high in sulfur content — are a major contributor to air quality.

More than 54,000 tons of solid waste are generated daily, most of which is either dumped in low-lying areas or burned. Moreover, farmers in Pakistan burn sugarcane fields to ease harvesting. Predominately, dry weather in arid conditions and strong winds also generate substantial dust in most parts of Sindh and southern Punjab, elevating PM10 levels in the air.

The worst impact of poor air quality was witnessed on the health sector. Outdoor air pollution alone causes 80,000 hospitals admission per year; nearly 8,000 cases of chronic bronchitis; and almost five million cases of lower respiratory cases among children under the age of five.

By 2005, the direct cost of the damage associated with outdoor air pollution was estimated at 1.1 % of Pakistan’s GDP (US $1.07 billion).