Docume­nts show some shanty towns will be upgrad­ed, others shifte­d to Frash Town
By Shahzad Anwar
Published: January 29, 2018
Tweet Email 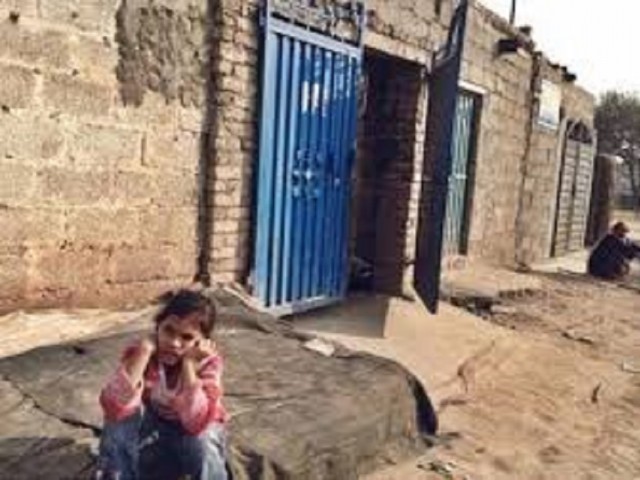 The civic authority is planning to give land rights to ‘eligible’ and bonafide dwellers of the capital’s slums. PHOTO: ELISHMA KHOKHAR

ISLAMABAD: In a surprising move, the civic authority is planning to give land rights to ‘eligible’ and bonafide dwellers of the capital’s slums, some of the very people the body has waged a war on for decades.

The provision of low-cost housing for slum dwellers came into the limelight in 2015 after the CDA demolished several houses at a slum in Sector I-11. The Awami Workers Party had raised the issue at various forums, including a petition in the Supreme Court.

According to Capital Development Authority (CDA) records, there are around ten recognised slums with a total of 3,805 housing units. All other settlements are considered illegal and unauthorised.

CDA documents show that the Haq Bahu Colony and Dhok Najju has been shifted to a Model Urban Shelter Project (MUSP) in Frash Town.

Four katachi abadies, including those in Sectors G-7/1, G-7/2, G-7/3 and F-7/4 are being upgraded while their bonafide dwellers are being issued forms which they can then use to apply for property rights.

Slums in Muslim Colony, Dhok Najju and Essa Nagri have been partially shifted to the MUSP.

Residents of these shantytowns have been allocated 1,233 plots, with each plot measuring 89 square yards in MUSP.

The MUSP had been planned over 165 acres and consist of 4,000 plots which measure three Marlas each. The official price of each plot is Rs21,000 with a down payment of Rs5,000 and monthly instalments of Rs500.

Once all legal formalities are complete, residents of these shanty towns will be awarded proprietary rights.

The CDA, official documents read, has so far spent Rs20.82 million to build roads and streets, drains, sewerage system and water supply through community hand pumps at the MUSP. Moreover, the Sui Northern Gas Private Limited (SNGPL) and the Islamabad Electric Supply Company (IESCO) has promised to provide service connections to the eligible dwellers of these slums.

Further, 540 households of the 575 units in Sector G-8/1 including Jay Salik and Hansa Colony have been allocated land under the improvement and upgrade scheme for shanty towns.

Moreover, around 500 households have been shifted to the allocated plots in the same shanty town where they have built houses as per the approved plans of the scheme.

In 2016, former prime minister Nawaz Sharif had expressed his displeasure over the lacklustre way in which the CDA approached slums in the city,

Nawaz had directed the chairman of the CDA to conduct a survey of slums in the Islamabad Capital Territory (ICT), and draft a policy on the matter with appropriate legislation and a time-bound plan for action consisting of all the aspects of katchi abadis.

The Supreme Court of Pakistan, while hearing matters relating to katchi abadis and low-cost housing, had directed to set guidelines to address the issue comprehensively.

During a hearing of the case in August 2016, the court expressed its serious displeasure and directed all the provinces and the CDA to formulate a comprehensive policy regarding shanty towns and low-cost housing. The court had also called for legislation to cover all the aspects of the issue, including safeguards against land-grabbing and encroachments.

After the SC’s directive and the prime minister’s letter, the CDA surveyed all the slums in the capital.