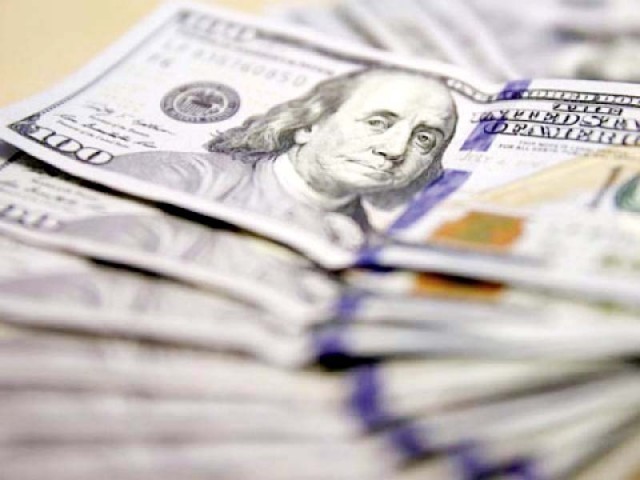 The governor found the rupee ‘near the equilibrium’ against a basket of world currencies. PHOTO: FILE

KARACHI: Pakistan’s rupee has depreciated by a much larger scale than what has been widely believed because of continued weakening of the US dollar against a basket of major currencies in the global currency war, but its impact is not being reflected in the country.

“The rupee has depreciated 10%…due to weakening of the US dollar against the pound and euro (since December 10, 2017),” State Bank of Pakistan (SBP) Governor Tariq Bajwa said while announcing the bimonthly monetary policy on Friday.

On the contrary, the rupee’s depreciation, when seen only against the US dollar, stands at 5%, which does not reflect the real picture in the current world economic scenario where the dollar is falling in the US-China currency war as the two countries try to increase exports through depreciation of their respective currencies.

The SBP increased the benchmark interest rate by 25 basis points to 6% on Friday after maintaining the status quo for 20 months when the rate remained glued at 5.75% since May 2016.

“A number of central banks have started to adjust their policy rates upwards, which has adversely affected the rupee-interest rate differentials vis-a-vis other currencies,” Bajwa said. The governor, however, found the rupee “near the equilibrium” against a basket of world currencies.

There were 16-18 different world currency models which the central bank reviewed to find a true value of the rupee. These included the country’s competitors in world export markets as well.

Strong Chinese and Indian currencies help Pakistan beat the competitors on some fronts in world trade, he said.

According to forex.pk, the rupee has depreciated around 10% each against the euro, UK pound sterling and Chinese yuan in December 2017 when the central bank allowed the currency to shed around 5% of its value to stand at Rs110.64 to the US dollar in the inter-bank market.

Since then, the rupee’s value against the dollar has remained stagnant, but has kept falling against other world currencies.

Forex Association of Pakistan President Malik Bostan, however, added that demand for the US dollar was continuously growing in the open market, resulting in further weakness of the rupee.

The rupee closed at Rs112.80 to the US dollar in the open market compared to Rs107.80 before the depreciation in December 2017.

Replying to a question, Bostan said the rupee should have appreciated against the depreciating US dollar across the world.

Pakistan rejects use of Chinese currency

However, he pointed out, that was not happening because the dollar was not fully floated – freely available and not in use in local trades – in Pakistan due to the country’s limited foreign exchange reserves. He said the dollar was weakening against world currencies since some of the countries and world investors were relocating their investments from dollar to gold and international bonds.