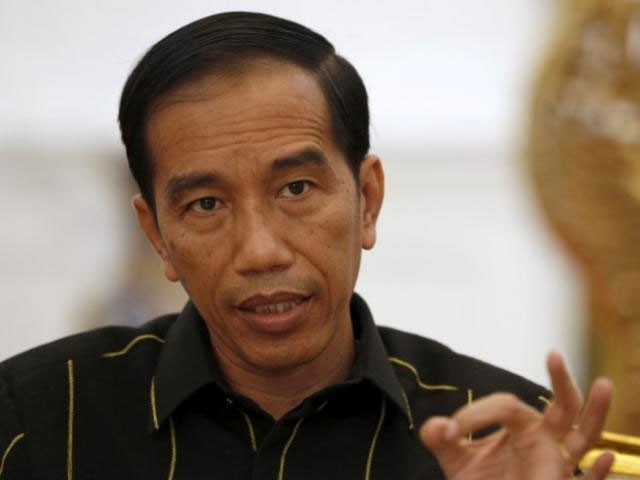 ISLAMABAD: Indonesian President Joko Widodo has said that Muslims are the biggest victims of conflicts and wars while not a single country is immune to terrorism; including Indonesia and Pakistan.

Addressing the joint sitting of the Parliament on Friday, Widodo also shared the most worrying data about the incidents of terrorism in the Muslim world. He said 76% of terrorist attacks happened in the Islamic countries, which also took the brunt of 60% of armed conflicts world-wide.

“Furthermore, millions of our brothers and sisters, must leave their countries in pursuit of a better living and 67% refugees come from Muslim countries,” Widodo told the Pakistani Parliament.

This alarming situation is partially caused by internal weakness, even though there are also a lot of external factors, the Indonesian President added, speaking in his national language.

The president said that women and children are always the worst-affect segments of the society in case of conflicts and wars.

He expressed Indonesia’s commitment to maintain world’s peace. “Together with ASEAN [the Association of the Southeast Asian Nations] over the past 50 years, Indonesia has been working hard  to create a system of stability and prosperity in the South East Asia region,” he said.

Going beyond, the Indonesian president added, his country would like to have an ecosystem of peace, stability and prosperity in the whole Indo-Pacific region.

He also mentioned that on August 17 1995 — the 50th anniversary of the Indonesian Independence  — his country conferred the ‘First Class Adipurna Star’ to Pakistan’s Father of the Nation Muhammad Ali Jinnah, as a token of appreciation for his support for Indonesia’s independence struggle.

The president said the bond of friendship between Indonesia and Pakistan is not newly-forged. Indonesia will always remember the support of the people of Pakistan for Indonesia’s struggles for independence,” he said.

He said Pakistan and Indonesia have much more in common. Both the countries are the largely populated Muslim nations. Both are members of the D-8 [Developing-8 nations bloc], the organisation of the Islamic Cooperation (OIC) and the Non-Aligned Movement (NAM).

Similarly, he continued, just like Pakistan, Indonesia is also one of the biggest contributors to the world peacekeeping troops.

Widodo said he strongly believes that democracy is the best way to serve peoples’ interests. Democracy, he added, provides the space for the people in decision-making process “With democracy, Indonesia’s economy becomes one the 20 largest in the world.”

He said in 1963, the first President of Indonesia, Ahmed Sukarno, spoke before this honourable Parliament and after 50 years he has been honoured to do so.

Earlier, Speaker Ayaz Sadiq, in his address of welcome, said that both the countries cherish deep bonds of history, religion and culture. “These fraternal relations even precede the birth of our two countries as we stood by each other during our respective freedom struggles,” he said.

“On August 17, 1945, when the founding father of Indonesia, Dr Ahmed Sukarno declared his nation’s freedom from the Dutch, Quaid-e-Azam Mohammad Ali Jinnah, then as president of the All India Muslim League, called upon the Muslim troops of the British colonial army in the Far East to join hands with their Indonesian brethren against the Dutch colonial aggression.”

it remains a glowing chapter of both countries’ history that some 600 Muslim troops from the Subcontinent joined the Indonesian freedom war. Of them, 500 embraced martyrdom, he stated.

“Our the Indonesian brothers and sisters never left Pakistan alone in its hours of crisis. They stood shoulder to shoulder with us during the Indo-Pak war of 1965 and did not hesitate for a minute in handing over whatever military resources, Indonesia had at that critical time,” Sadiq added.

“It goes without saying that the 1948, 1965, 1971 and the later conflicts in South Asia had their genesis in the seven-decade old Kashmir dispute.

“An everlasting peace in South Asia requires a just and peaceful solution of this unresolved issue in accordance with the aspirations of the Kashmiri people and in light of the United Nations Security Council Resolutions.

Pakistan hopes that friends like Indonesia will continue helping Pakistan in this regard,” he stated