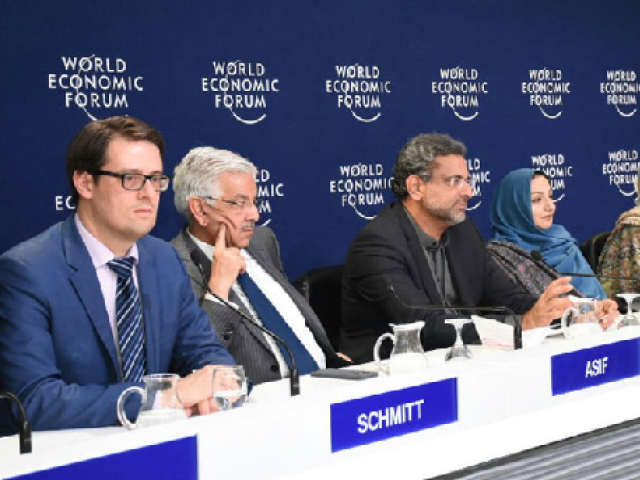 Prime Minister Shahid Khaqan Abbasi at the World Economic Forum (WEF) on Thursday said the engagements at Davos will help generate billions of dollars in business potentials in Pakistan.

Addressing a news conference at WEF, the premier said Pakistan has engaged the business, company leaders of telecom, automotive technology and healthcare sectors at the prestigious conference, Radio Pakistan.

He said that the government is working for the bright future of the nation and stressed that democracy is getting strengthened in Pakistan day by day.

Commenting on China-Pakistan Economic Corridor (CPEC), he said that Pakistan is working to promote connectivity among the countries of the region and across the world as well.

Speaking on the occasion, Foreign Minister Khawaja Muhammad Asif said that Pakistan is a peace loving country and strongly demands the world to resolve issues of Kashmir, Palestine and Rohingya.

Asif said that Pakistan wants solid relations with the US and Washington should also take positive steps in this regard.

Minister National Health Services Saira Afzal Tarar who was also present at the conference said that despite the shaky law and order situation in frontier areas the government is moving forward for a polio-free Pakistan.

Minister of State for Information and Broadcasting Marriyum Aurangzeb said that the government is using the media to establish the soft image of Pakistan before the country by spreading the real face of Pakistan.