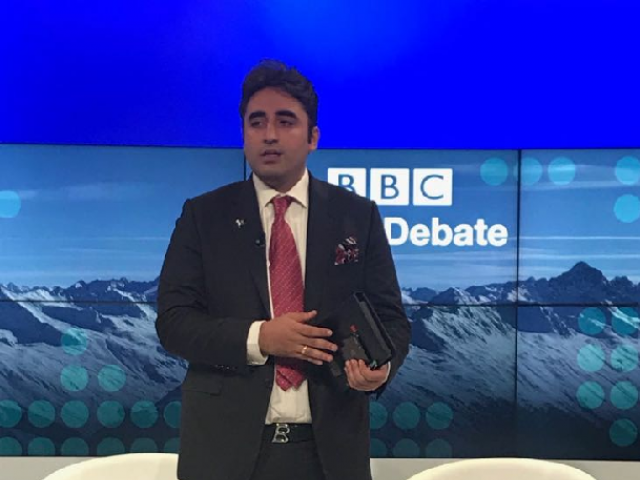 Discussing the concept of fake news, Bilawal said that fake news recently gained popularity primarily through US Elections, however it has existed for decades.

Responding to questions raised during the discussion, Bhutto said, “When fake news is disseminated in Pakistan it can have major issues – the point is to have the media come through as transparent as it can. Coming from a fragile democracy attacking and demonising the media can have adverse effects.”

Bilawal said that there’s no concrete way to ask who runs fake news in Pakistan, they are far more commercialised, they push out their monetary interest. A lot of actors are involved in this especially commercial owners, he maintained.

The PPP Chairperson further stated that it is big business models and industrial giants who own and run media houses which pose a high possibility of the news being biased.

On western media propagation he said, “Let’s not forget weapons of mass destruction in Iraq was fake news – we have to be able to sort of see that we don’t recognise our own fault. They pitched US intelligence narratives which turned out to be fiction.”

When asked about how much danger fake news poses to democracy, Bilawal said that big business models are a fundamental threat to democracy. “We have some of the most amazing, dedicated journalists in Pakistan but with the big houses doling out cash potentially plaster real news with sensationalism.”

Bilawal maintained that self censorship and freedom of speech has to have a balance. It is crucial to have authenticity and credibility even if the news comes ‘from the people by the people’ like WikiTribune. The journalists could get together, create authentic content, get driven and perhaps counter fake news better this way.

“I’m more comfortable with something like that – we have a long history of dealing with distortion of facts. I personally don’t trust my state dealing with fake news. If the grassroots components are addressed, there could be a positive change.”

Bilawal doubled down on the fact that imparting education is not only advised but imperative to help counter this issue. “I don’t remember being taught about sourcing, bias, research when I was studying. The generation today must also be taught how to identify fake news when the come across it.”

He conclusively stated that raising tribal and partisanship concerns is important. Accepting the fact that fake news would be around for some time, he said empowering people can always lead to fruitful results in the future.