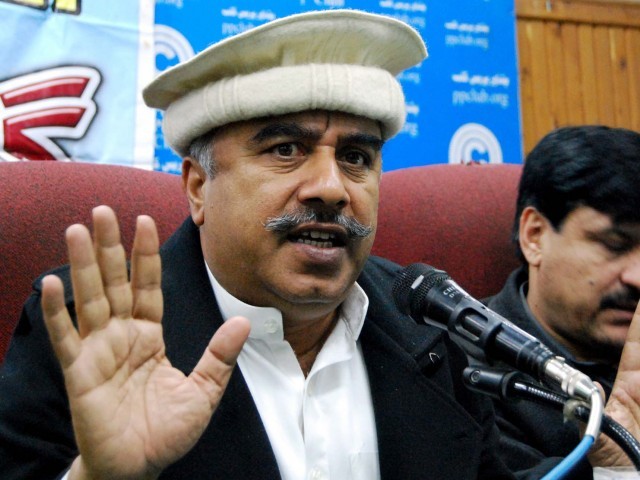 PESHAWAR: Expressing lack of trust on probe by a police committee, the Khyber-Pakhtunkhwa (K-P) government on Monday demanded a judicial inquiry into the alleged extrajudicial killing of 27-year-old Naseemullah alias Naqeebullah Mehsud.

Naqeebullah was reportedly picked up by personnel in civvies from a teashop at Karachi’s Sohrab Goth area on January 3.  Later, the police killed him along with three others, after declaring him an operative of the outlawed Tehreek-e-Taliban Pakistan (TTP).

Sindh Police’s SSP Rao Anwar had claimed that Naqeeb also had links with other militant organisations. However, his murder whipped up a storm and the Pakistan Tehreek-e-Insaf chief Imran Khan accused Rao Anwar of the young man’s extrajudicial murder.

Later, the Sindh government formed a three-man committee. Meanwhile widespread protests were staged against Anwar and the Chief Justice of Pakistan Mian Saqib Nisar also took notice of the incident and sought a report from IGP Sindh within seven days.

Speaking at a press conference in the K-P Assembly, Speaker Asad Qaiser and the K-P government spokesperson Shah Farman said since police are directly linked and involved in the matter, the inquiry should be undertaken by judiciary.

“It is the right of Mehsud’s family that an FIR be registered according to their will and Rao Anwar be arrested immediately because he is not above the law,” Farman said, adding that Naqeeb went to Karachi for starting a new life but he was murdered there.

Farman said human rights activists and organisations should step forward and the government also support the strike call given by the Peshawar High Court Bar Association.

“This was not the first encounter of the Sindh Police. There are 57 such encounters all of which should be probed,” he said, adding that they welcome the suo motu notice taken by the chief justice of Pakistan.

He also announced that a delegation of K-P government, headed by the speaker, will also visit Karachi to meet Mehsud’s family, offer condolences and legal support.

Qaiser also condemned the incident saying they have already passed a resolution in the assembly asking for a judicial inquiry of the matter and they support the family of Naqbeelullah Mehsud.