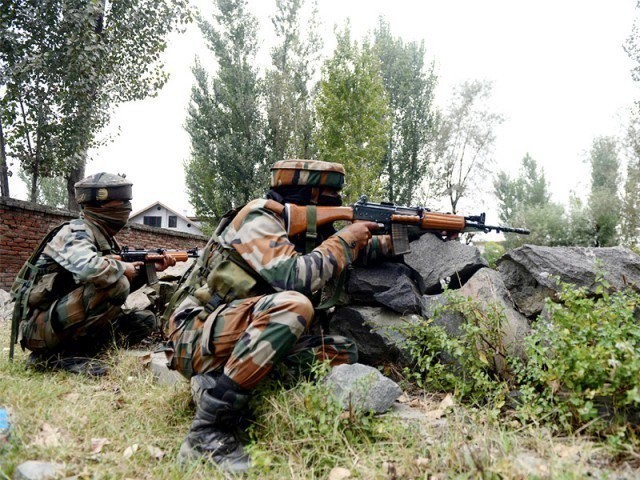 Pakistan has lodged a strong protest with the Indian High Commission over the repeated incidents of ceasefire violations as two more civilians, including a woman, were martyred by unprovoked firing by the Indian security forces along the Line of Control (LoC) on Sunday.

Indian Deputy High Commissioner JP Singh was summoned at the Foreign Office over the latest incident, said a statement issued by FO spokesperson Dr Mohammad Faisal, who also took to Twitter to denounce the ‘unprovoked ceasefire violations by the Indian occupation forces along the LoC and Working Boundary (WB)’.

According to the communique, the latest violations occurred on January 20 and 21, when 18 Indian posts resorted to unprovoked firing with mortars and heavy weapons in the Nikial sector along the LoC, killing two innocent civilians, identified as 33-year-old Dil Muhammad from Bhai Dhara village and 25-year-old Nafeesa Bibi from Raetla village/Karela.

A six-month-old child, Majid and two other women, Sahiba, 26, and Naseema, 38, were injured by the Indian firing and shifted to the District Headquarters Hospital, Kotli.

“The deliberate targeting of civilian populated area is indeed deplorable and against the human dignity, international human rights and humanitarian laws,” read the statement. “The repeated ceasefire violations by India are a threat to regional peace and security and lead to a strategic miscalculation,” it added.

Dr Faisal, the DG SA and SAARC, urged the Modi government to respect the 2003 ceasefire agreement and investigate the repeated incidents of ceasefire violations.

He also demanded that New Delhi must allow the United Nations Military Observer Group In India & Pakistan (UNMOGIP) to play its mandated role in accordance with the UN Security Council resolutions.