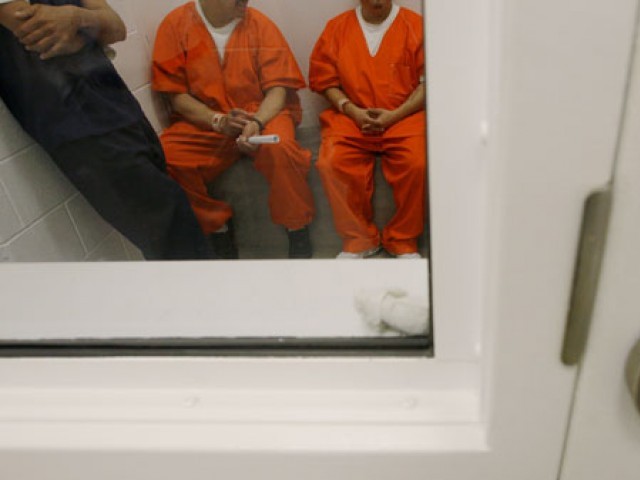 An immigrant woman tried ending her life after she was sexually abused at a detention center in Texas according to civil rights organisation Grassroots Leadership.

Laura Monterrosa is an immigrant from El Salvador currently seeking asylum in the United States, was being forced to eat in the same cafeteria by a female guard who sexually abused her.

She had been held in Hutto detention centre since May and has complained about being sexually abused multiple times since then.

“I feel very desperate because I tried to report the abuse from Immigrations and Customs Enforcement (ICE) and facility officials, but they continue to psychologically abuse me through intimidation,” said Monterrosa after she was discharged from medical care.

I was four the first time I was sexually abused: Nadia Jamil

She further added: “I do not feel safe or secure. I am not receiving the medical treatment or help I need.”

ICE gave a verdict that it”remains committed to ensuring its facilities adhere to ICE’s detention standards which provide several levels of oversight in order to ensure that residents in ICE custody reside in safe, secure and humane environments”.

Sofia Casini, the immigration programmes coordinator at Grassroots Leadership said, Monterrosa was not offered any help by the cell guards infact, she had to take herself to the medical center hours later after eating the pills.

“This case is heart-wrenching,” Claudia Muñoz, immigration programmes director at Grassroots Leadership, said in a statement. “…It’s just inhumane to force this victim of sexual abuse to have to relive that abuse everyday by being forced to confront her abuser over and over again.”

Monterrosa reported the suspected sexual abuse to the Williamson County sheriff’s office in November but the matter had been handed over to the FBI.

The FBI said they had opened a civil rights investigation into the alleged assault. They declined to comment further, saying the inquiry was ongoing.

Two more detainees at T Don Hutto complained allegations of sexual abuse after Monterrosa filed her complaint. According to documents obtained by the American Civil Liberties Union Five more detainees at the same detention centre filed similar complaints between 2007 and 2011.

This story originally appeared on INDEPENDENT.