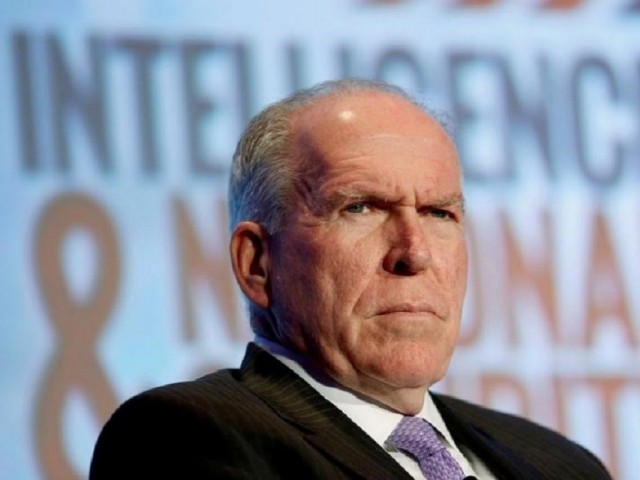 LONDON: A British teenager managed to access the communications accounts of top US intelligence and security officials including the then CIA chief John Brennan, a London court heard Friday.

Kane Gamble, now 18, was aged 15 and 16 when, from his bedroom in Coalville, central England, he managed to impersonate his targets to gain highly sensitive information.

“He also gained access to US law enforcement and intelligence agency networks.”

Gamble has admitted 10 offences against the computer misuse act, between June 2015 and February 2016, and is awaiting sentencing.

The court heard how the teenager founded the group Crackas With Attitude (CWA), who used “social engineering” – manipulating call centres and help desks into divulging confidential information – which they then exploited.

Gamble impersonated Brennan in calls to the telecommunications companies Verizon and AOL, although in one attempt, he stumbled on a question about Brennan’s first pet.

Several sensitive documents were reportedly obtained from Brennan’s private email inbox and Gamble managed to get information about military and intelligence operations in Iran and Afghanistan.

Gamble also targeted the then US secretary of homeland security Jeh Johnson and made calls to his phone number.

He left Johnson’s wife a voicemail saying “Am I scaring you?” and managed to get a message to appear on the family television saying: “I own you”.

Gamble gained extensive unauthorised access to the US Department of Justice network and was able to access court case files, including on the Deepwater oil spill.

The British teenager gave some of the material he managed to access to WikiLeaks and boasted that he had a list of all Homeland Security employees.

The court heard from consultant forensic psychiatrist Dr Steffan Davies, whose assessment was that Gamble did not have a full understanding of the impact of what he was doing, due to autism.

“I’m very clear that he has an autistic spectrum disorder (ASD),” he said.

“He spent most of his life in his bedroom on the internet and that is where he is getting his cues from.

“He has a very black and white understanding of what was happening, seeing it more as a video game with goodies and baddies.

“He was trying to right what he saw as an injustice.”

However, another expert, Dr Philip Joseph, said he doubted Gamble was autistic.

“He’s at the mild end (of the spectrum), if he’s on it at all,” he said.
“If he had that condition, it doesn’t explain why he committed these offences.”

Gamble was arrested at his home on February 9 last year at the request of the FBI.

He claimed he was motivated to act out of support for the Palestinians, and due to the United States “killing innocent civilians”, the prosecutor said.

Wearing a black jacket, he spoke only to confirm his name, mumbling “yes”, and sat in the court next to his mother.

He will be sentenced at a date yet to be fixed.

What to do when liberals are the censors?