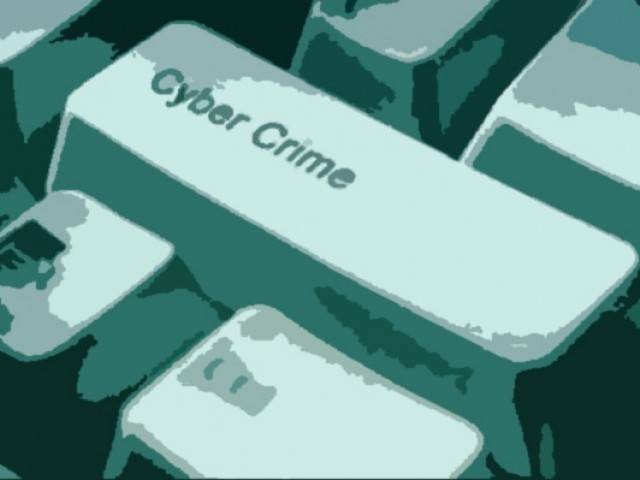 ISLAMABAD: The federal cabinet on Tuesday approved criminalising certain offences under cybercrime and its related laws that were previously proceeded against under the Pakistan Penal Code (PPC).

Those include hurling threats and harassment through any form of electronic communication (in addition to the internet). The approval was granted during the weekly cabinet meeting presided over by Prime Minister Shahid Khaqan Abbasi

Official sources privy to the issue told The Express Tribune that the cabinet granted approval to necessary amendments to sections 507 and 509 of the PPC which deal with threatening any person through anonymous communication and sexual harassment, respectively.

Previously, the threats communicated through the internet were typically categorised under cybercrime and with the amendments to the aforementioned sections of the PPC, any kind of threats or sexual harassment by means of using different modes of electronic communication — including the electronic media (television, radio), telecommunication and other communication — tools would fall under the purview of cybercrime.

These crimes would be proceeded against in the light of Cybercrime Act and Schedule of FIA Act 1974, the sources said.

Section 507 of PPC reads, “Whoever commits the offence of criminal intimidation by an anonymous communication, or having taken precaution to conceal the name or abode of the person from whom the threat comes, shall be punished with imprisonment of either description for a term which may extend to two years, in addition to the punishment provided for the offence by the last preceding section.”

Section 509 reads, “Insulting modesty or causing sexual harassment: Whoever, (i) intending to insult the modesty of any woman, utters any word, makes any sound or gesture, or exhibits any object, intending that such word or sound shall be heard, or that such gesture or object shall be seen, by such woman, or intrudes upon the privacy of such woman;

ii) conducts sexual advances, or demands sexual favours or uses verbal or non-verbal communication or physical conduct of a sexual nature which intends to annoy, insult, intimidate or threaten the other person or commits such acts at the premises of workplace, or makes submission to such conduct either explicitly or implicitly a term or condition of an individual’s employment, or makes submission to or rejection of such conduct by an individual a basis for employment decision affecting such individual, or retaliates because of rejection of such behaviour, or conducts such behaviour with the intention of unreasonably interfering with an individual’s work performance or creating an intimidating, hostile,, or offensive working environment; shall be punished with imprisonment which may extend to three years or with fine up to five hundred thousand rupees or with both.

Meanwhile, the cabinet accorded approval for signing the memorandum of understanding between the state-run Associated Press of Pakistan Corporation and Bahrain News Agency.

The cabinet ratified recommendation of the Cabinet Committee for Disposal of Legislative Cases (CCLC) in respect of the Ehtram-e-Ramazan (Amendment) Bill, 2017, which seeks to enhance penalties for violation of Ramazan and closure of cinemas/theatres during fasting hours, the PM Office statement said.

The cabinet deferred ratification of the recommendation of the Cabinet Committee for Disposal of Legislative Cases (CCLC) in respect of the Amendment in the Loans for Agricultural, Commercial and Industrial Purposes Rules, 1973, the statement added.

The cabinet constituted a committee to review the said rules and propose recommendations within two weeks. The committee is to be chaired by Danial Aziz, Minister for Privatisation, with members including Sardar Awais Ahmed Khan Leghari, Minister for Power and Haroon Akhtar Khan, Special Assistant to PM.