Say they will raise object­ions to projec­t at public hearin­g on May 6.
By Sonia Malik
Published: May 4, 2011
Tweet Email 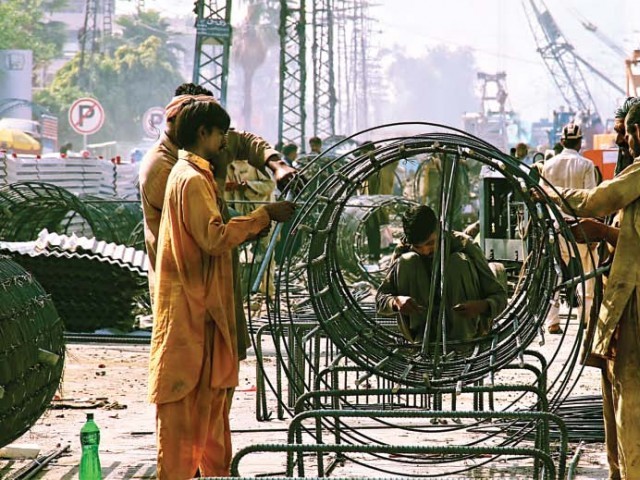 Environmental groups say they will continue to campaign against the Kalma Chowk flyover and underpass despite a failed legal challenge, as the project will harm the environment and is not in the public interest in any case.

The Lahore Conservation Society and other environmental NGOs have already challenged the project in the Lahore High Court, though their plea was dismissed as the flyover and underpass were deemed in the public interest to ease traffic congestion on Ferozepur Road.

The court did not uphold the law when it allowed construction without considering the Environmental Impact Assessment (EIA) report, says Erum Aftab of the Lahore Conservation Society. The EIA report, conducted by the National Engineering Services of Pakistan (NESPAK), was only presented in court after construction began.

According to the Pakistan Environment Protection Act, any project costing over Rs50 million must include an EIA report. The Environmental Protection Department (EPD) then must issue a no objection certificate (NOC) before construction can begin. The EPD says it cannot issue one until there is a public hearing where stakeholders can raise concerns about the EIA report. That hearing is due on May 6.

Aftab and Rafay Alam, an environmental activist and lawyer representing the environmental groups in court, said they would raise several questions at the May 6 hearing. They said the project was a poor use of scarce resources that would be better spent on developing a public transport system.

Alam said 40 per cent of commuters are pedestrians and 22 per cent use public buses. Neither of these groups, which together form a majority of commuters, will benefit from the flyover, he said, citing the preliminary findings of the Lahore Urban Transport Master Plan, a study being conducted by the Japanese International Cooperation Agency which is to be released in less than nine months.

“It would have been wiser of the government to wait for the outcome of the study before going ahead with such construction,” Aftab says.

Alam said the government should consider a rapid mass rail transit system instead. In 2007, the Punjab government commissioned a report on the feasibility of such a project in Lahore. The report said that an overground-underground rail network would be the ideal transport solution for the city, he said.

“The consultants indicated that one of the lines of this proposed network would run along Ferozepur Road and another from Garden Town through Gulberg. These two lines were to intersect under Kalma Chowk where the feasibility proposed two underground stations. The construction of the overpass means that the proposed crossing at Kalma Chowk will no longer be suitable for mass transit,” he said.

Alam also said there was a conflict of interests since the project’s design engineers, Nespak, were also its EIA consultants. “They are charging a consultancy fee of 1.84 per cent of the project cost. Do you expect Nespak to give an objective assessment or alternative to construction of a flyover and an underpass?”

Sabir Khan, project director at the Communication and Works Department, said 35 of the 177 trees planted on Ferozepur Road around Model Town and the Canal would be cut for the flyover, but a quarter would be replanted by the Pakistan Horticulture Authority. He said Rs15 million of the Rs2.5 billion budget for construction of the underpass and flyover had been set aside for tree plantation following the construction phase.

The EIA report for the project states that 460 trees will be planted in four years time at an estimated cost of Rs268,640. Khan said no trees had been chopped and they would not until the final stage.

Aftab said some trees along Ferozepur Road had already been cut down in March. She had pictures showing trees being chopped down at night.

Khan said that sections of the flyover were being assembled at a site some 13km off Kasur Road and would be brought to Kalma Chowk when ready. This would reduce the dust and noise pollution at the chowk.

“No such measures were taken during the construction of any other underpass or flyover in the city,” Khan said.

He said construction work was being carried out during the day; people who live or work near Kalma Chowk are already used to the traffic noise, he said, and would find it bearable during the day.