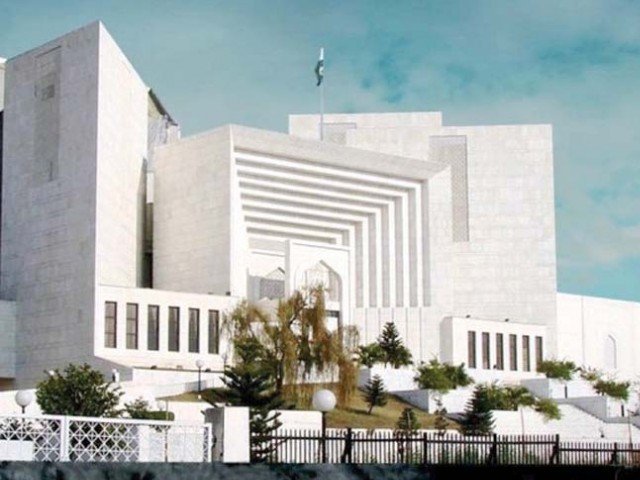 The National Accountability Bureau (NAB) on Monday filed a review petition in the Supreme Court against the dismissal of its plea for reopening the 18-year-old Hudabiya Paper mills case against the Sharif family, arguing that the PPP, the PML-N, and the Pervez Musharraf regime had colluded to indefinitely adjourn the reference.

“This was the reason that the NAB authorities did not show interest in the prosecution of the reference. Due to these circumstances, it could not be said that after 2007, the regime of General Pervez Musharraf or of the PPP are inimical towards the PML-N, rather, they were instrumental in bringing the Sharif family back into the political arena,” says the review petition filed by Special Prosecutor Imranul Haq.

It has also been learnt that the NAB will move another application soon to request that Chief Justice of Pakistan Mian Saqib Nisar constitute a larger bench to hear the case.

The review petition argues that in the Panama Papers case, the larger bench cast serious aspersions on the Hudabiya Paper Mills case, whereas in the judgment under review, a three-judge bench has taken a different and contrary view, diverging from views of the larger bench “which is not in consonance with settled principles and norms of law”.

The NAB petition argues that this provides sufficient grounds to constitute an error and justifies a review of the judgment. It states that when there are serious observations or remarks by the bench hearing the Panama case, due importance should have been given to them.

The petition states that the statement of Ishaq Dar is inculpatory in nature and is a valid piece of evidence against the co-accused.

“The presence of accused [Sharif family members] at the time of recording the statement of Ishaq Dar was not necessary as his statement was being recorded as an approver and not an ordinary prosecution witness,” it adds.

The review petition says that the court discarded Dar’s statement on wrong premises as it was recorded before magistrate after grant of pardon, by the NAB chairman, as required under section 26 NAO 1999, as per prevailing practice of recording of statement of approver before magistrate even in ordinary criminal cases, although not required by specific provision of Cr PC.

It is submitted that under Supreme Court Rules, the state has a preferential right to file petitions against acquittal by extending the limitation of 30 days to 60 days which can be construed that the condonation of delay in cases against the acquittal should be made more liberally.

The NAB contends that the quashing of the reference does not mean that the Sharifs have been acquitted of the charge, therefore the criteria of acquittal would not apply and the principle of condonation of delay in these circumstances would have been dealt with differently.

“The detailed judgment is in conflict with the settled principle of law that when a case is not considered maintainable on technical grounds, the court should not embark upon merits of the case. If the court entered into deliberation of the case on merits, it should have sought guidance from the Panama judgment,” the NAB argues.

The petition says that it is well established that reinvestigation can be carried out in any case except for when the accused was acquitted meritoriously after a full trial, and technicalities, if considered a ground for quashing proceedings, can never be a hurdle in conducting a reinvestigation on the issue in order to provide a substantial justice.

It is also stated that when the NAB came across the detailed reasons rendered in the judgment, it transpired that the petition was not declined merely on the ground of limitation but was dismissed on merits too. And when the court discussed the merits of the case, the maintainability of the writ petition before the Lahore High Court should have been decided first.

“The judgment under review [lacks regard to facts as] it was argued that the reference has since not been dismissed but adjourned… and if the LHC judgment is set aside, the proceedings would commence from the stage at which they were halted,” the petition states.

It contends that the according to the SC judgment under review, the finding as to non-availability of fresh material is incorrect and contrary to the findings of Justice Ijazul Ahsan in the Panamagate judgment.

The review petition says that a reference made to Article 13-A of the Constitution has been misapplied in the Hudabiya judgment because the civil petition was a continuation of the original proceedings, which have not concluded yet.