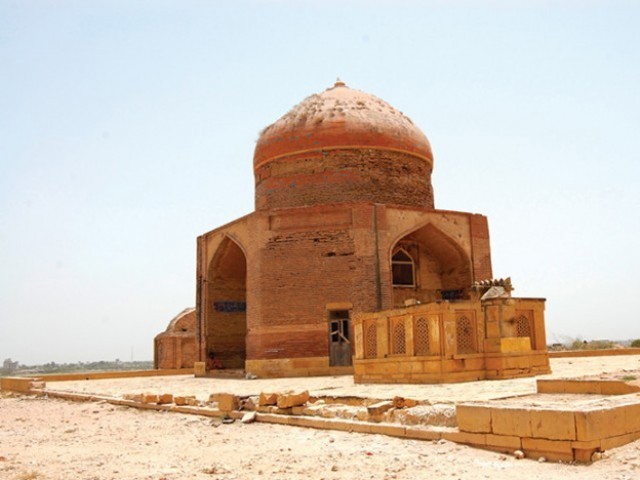 Makli has also been declared a World Heritage by the United Nations Educational, Scientific and Cultural Organisation. PHOTO: EXPRESS

MAKLI: It is important that local communities are engaged in the preservation work of historical sites such as Makli.

Heritage Foundation of Pakistan Chief Executive Yasmeen Lari said this while talking to The Express Tribune on Sunday on the second and last day of the first International Conference on Makli. According to Lari, communities living in the surroundings of heritage sites are the real custodians of the sites and, therefore, they should be involved in the conservation efforts.

Lari also commented on the diversity of architecture at Makli, which has also been declared a World Heritage by the United Nations Educational, Scientific and Cultural Organisation. Tombs built at Makli in different periods have different architectural style, she maintained.

According to Lari, the variety of techniques, patterns and designs in the architecture of the monuments at Makli creates the demand to establish a regional centre at the premises to train students, villagers and those interested in the preservation of the heritage sites.

At least 40 monuments at the Makli necropolis required immediate conservation efforts, Lari maintained. “Makli Necropolis is a dead city but we can bring it back to life,” she remarked.

The Heritage Foundation of Pakistan chief executive also called for the need of protecting archaeological sites situated in the upper region of Sindh. She warned that many historical sites, especially those in the northern Sindh, were decaying at a very rapid pace and to counter that immediate actions needed to be taken.

Scholars delivered speeches on the conference’s second day. Fatima Qureshi, a pre-doctoral fellow at the Centre for Advanced Studies in the Visual Arts at the National Gallery of Art, Washington DC, said historic monuments as well archaeological sites were spread all over Pakistan.

During a talk titled ‘Encounters in Sindh: Mediating between East and West in the Sixteenth Century’, she said the arrival of Arghuns after the Samma Dynasty had a profound effect on the art of southern Sindh.

Qureshi said that Pakistan faced challenges in preserving its historical sites and attracting tourism as being a developing country, it could not allocate much resources in these areas.

Dr Young lamented the low number of tourists visiting Pakistan given the diversity in the historical sites the country had.