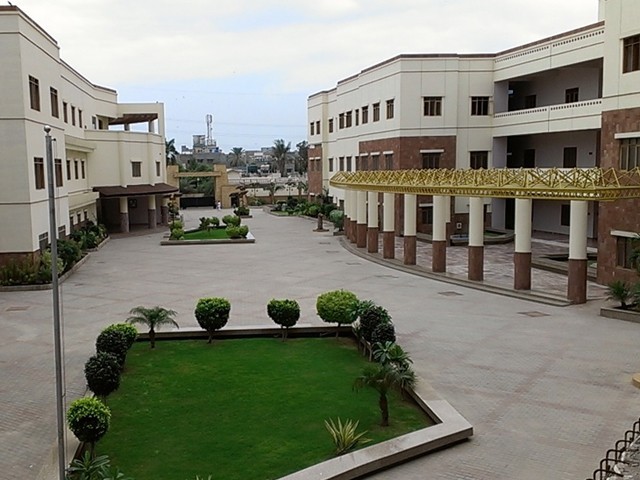 KARACHI: The Sindh High Court (SHC) told the Karachi Development Authority (KDA) officials to file written replies on a petition against the alleged establishment of Nazeer Hussain University, which is named after the late father of Muttahida Qaumi Movement (MQM) founder Altaf Hussain, on an amenity plot in Federal B Area.

A two-judge bench, headed by Justice Syed Hasan Azhar Rizvi, sought the reply by a date to be later notified by the office.

The bench was hearing a petition filed by Fazle Haq regarding alleged conversion of amenity plots, ST-2 in Block-14 and ST-5 in Block-6, in the Federal B Area. The petitioner had told the court that the university was built on an amenity plot which was originally reserved for a park.

During a previous hearing, the court was informed by the counsel of the defunct City District Government Karachi (CDGK) that the university was constructed on four acres of land. But, an additional 10 acres was also allotted in pursuance of a memorandum of understanding between then CDGK and university management.

However, the court had directed the defunct city district government’s lawyer to justify the nazir’s report which stated that four and 10 acres of land were granted to the Khidmat-e-Khalq Foundation, the charity arm of the MQM. The city government’s lawyer had informed the court that no title documents with regard to additional land were available, however, it was yet to be ascertained whether such an MoU constitutes any right in relation to occupying additional land.

The court had observed that prima facie memorandum is not justification to retain additional land.

Referring to the Karachi Metropolitan Corporation’s land director, the SHC nazir in its report had stated that four acres of land from ST-2 had been sanctioned on March 17, 1991 by the then Sindh government and the plot was sold at a fixed price for the purpose of education in favour of Khidmat-e-Khalq Committee (now Khidmat-e-Khalq Foundation).

The senior director of the KMC had mentioned in the nazir’s report that a master plan of Gulberg Town was available in the shape of a book but details of the plot were not available in it.

During Friday’s proceedings, the judges observed that there was no restraining order passed by the court against demolition of illegal constructions of the varsity on the land in question.

They further observed that KDA was free to initiate action against the illegal constructions. However, the judges directed the KDA officials concerned to submit a written reply regarding the establishment of the varsity and the land in question. Hearing was adjourned for a date to be later notified by the office.