The wall is being built in Bani Gala to protec­t the govern­ment land from land grabbe­rs
By Our Correspondent
Published: January 12, 2018
Tweet Email 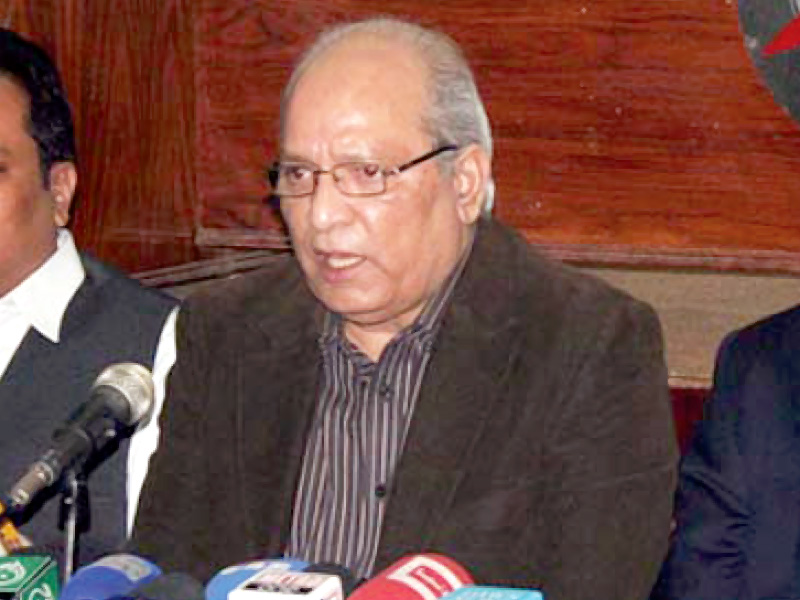 The wall is being built in Bani Gala to protect the government land from land grabbers and private housing societies. The Central Development Working Party (CDWP) had approved Rs109 million for the project in May 2017.

Earlier, a team from the Survey of Pakistan had demarcated the boundary of Zoo-cum-Botanical Garden in the Bani Gala Hills in the presence of representatives from the Zoological Survey of Pakistan, MOCC and Islamabad Capital Territory (ICT) Administration on April 12, 2017.

During the survey, the location of all boundary pillars had been identified while the total area of the garden was determined to be 725 acres.

The total running length of the boundary wall – to be built in the most vulnerable areas – is estimated to be 12 kilometres. Despite the fact that land for the garden had been demarcated, encroachment still existed on the land which comprises a long ridge stretching between the Simly Dam Road and Bani Gala.

Former prime minister Nawaz Sharif, while considering a summary submitted by the Ministry of Climate Change (MoCC) in February 2017, had directed the ministry to carefully demarcate the land earmarked for the project along with the Capital Development Authority (CDA), the Islamabad Capital Territory (ICT) Administration and the Survey of Pakistan.

Kasur limps back to normalcy as JIT finds ‘important leads’