Prime Minist­er Yousaf Raza Gilani said on Tuesda­y that women parlia­mentar­ians have the potent­ial to...
By Naureen Aqueel
Published: May 25, 2010
Tweet Email 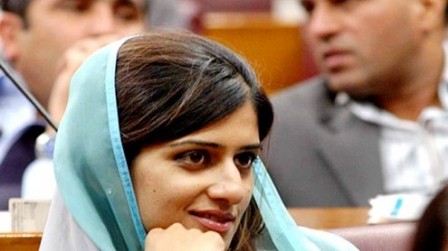 ISLAMABAD: Prime Minister Yousaf Raza Gilani said on Tuesday that women parliamentarians have the potential to become catalysts for change.

Addressing the National Convention of Women Parliamentarians 2010 in Islamabad, he said the government is amending discriminatory laws against women and the domestic violence bill will also be enacted soon. Gilani said the government has allocated 10 per cent quota for women to ensure that they are brought into the mainstream and are able to stand on their own feet.

The high representation today is a significant development from the past considering that women were often discouraged from entering politics. Women’s representation in Pakistan’s parliament has been growing through the years, starting with 10 seats reserved for women in the 1956 constitution going through an unstable pattern to 60 in the 2008 elections.