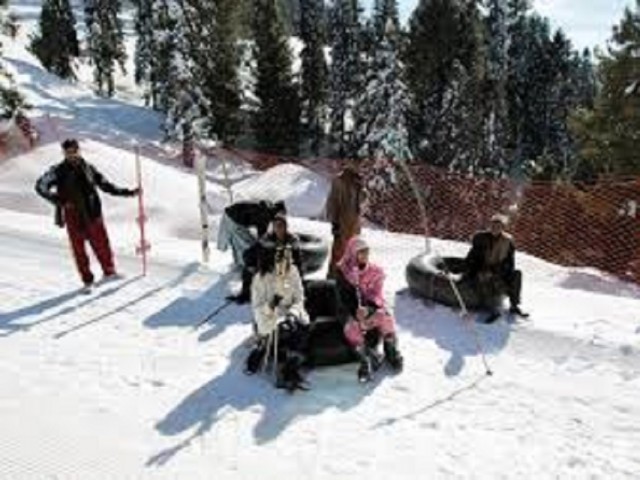 RAWALPINDI: Tourists heading the federal capital can now rejoice after the tourism body launched the first-of-its-kind tour service in the city.

The Islamabad City Tour Bus service by the Pakistan Tourism Development Corporation (PTDC) was inaugurated by Punjab Governor Mohammad Rafique Rajwana in a colourful ceremony in Rawalpindi on Wednesday. Inaugurating the service, Rajwana said that tourist spots and natural scenic beauty of Pakistan were the best examples of the gifts of God.

“Terrorism can be eradicated by promoting tourism,” the Punjab governor said, adding that, “there is a negative image of Pakistan abroad and the negative propaganda has created a bad image of Pakistan. However, the situation is now quite different.”

Terming the bus service and improving the state of domestic tourism in the country a milestone, Rajwana said that the young generation was passionate about tourism, history and culture of their country.

The bus service, he said, indicates that the government is working for promoting and developing tourism.

“Do not always look at negative aspects of news but focus on positive aspects,” Rajwana told the pack of journalists at the event. He added that by looking at the situation in Rawalpindi, people can decide for themselves how much the city had improved.

MNA Malik Abrar Ahmed pointed out how a report from the British Backpackers Society Report had ranked Pakistan among the 20 best countries for tourism.

Dubai Tourism Department Director Dr Qaiser Rafique said that they were currently working on building an exclusive Satellite TV channel which will be the first tourism channel in the world. Noting that they working on launching the channel in Pakistan, Dr Rafique hoped that it will increase the reputation of Pakistan around the world.

PTDC Managing Director Chaudhry Abdul Ghafoor said that they were trying to improve Pakistan’s image in foreign countries. In this regards, they were conducting a UNWTO conference in Islamabad soon.

Moreover, they had helped introduce a Bachelors of Studies degree programme in tourism and hotel management in different universities of the country to improve the tourism industry.