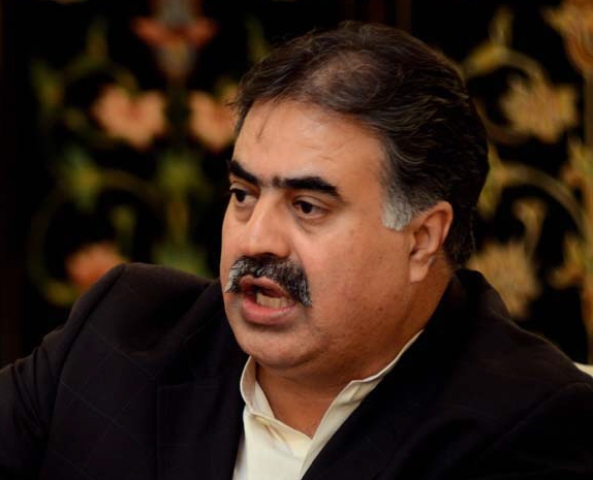 QUETTA: Prime Minister Shahid Khaqan Abbasi has reached Islamabad after visiting Quetta where he is expected to brief PML-N leaders in a cabinet meeting about the visit and take them into confidence regarding the political situation in Balochistan.

He will also discuss the situation with ousted prime minister Nawaz Sharif and brief him about the meetings that took place in Quetta.

According to PML-N sources, the prime minister, Chief Minister Balochistan Sanaullah Khan Zehri and Governor Balochistan Muhammad Khan Achakzai in three meetings with allied parties negated CM Balochistan’s resignation and said he should face the no-confidence motion in the assembly.

PM fails to save Balochistan CM

Moreover, a possibility to file petitions in ECP against opposition members was reviewed. Law Minister Zahid Hamid, during the meeting, shed light on the legal aspects and points due to which action could be taken against the opposing members.

Allied parties assured the premier that no one from their party would be part of the no-confidence movement against Zehri.

According to sources, the allied party members said they were still trying to reach a consensus with the opposition members. This task has been given to veteran General (retired) Abdul Qadir Baloch and Jam Kamal Khan Aliani.

PML-N party leaders are expected to discuss strategy before convening of the Balochistan Assembly today.

On Monday, the opposition leader in the assembly and other opposition members refused to meet the premier, who had arrived in Quetta. The opposition, in a news conference before the prime minister’s arrival, had announced that they would not withdraw the no-confidence motion they had moved against the CM.

The Balochistan Assembly is likely to witness a stormy session on Tuesday afternoon which has been convened to discuss the no-confidence motion against Zehri filed by the treasury benches, levelling serious allegations against his personality.

The government and the opposition both claim that they have the support of the majority to for the no-confidence motion which would be tabled in the assembly.

Speaker Raheela Durrani will preside over the session. Strict security measures have been taken for the scheduled session as authorities had cancelled all the passes of visitors.

In latest broadside, Nawaz accuses Imran of biting the hand that feeds him