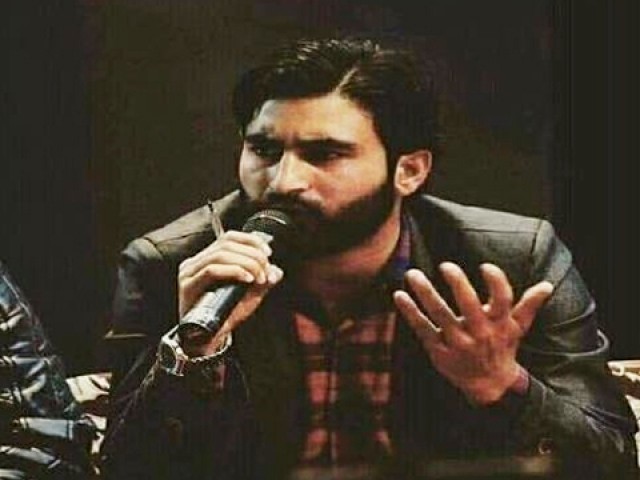 MUZAFFARABAD: Highly qualified youth in Indian Occupied Kashmir (IOK) continue to join the armed struggle for the implementation of UN resolutions on Jammu and Kashmir.

This time, a PHD scholar from Aligarh Muslim University’s Geology Department, Manan Bashir Wani, hailing from Tekipora Kupwara IOK joined the Hizb-ul-Mujahideen (HuM) which is an indigenous organisation of local freedom fighters that fight for the rights of Kashmiri people.

On Monday, Syed Salahuddin, the Chairman of United Jihad Council, an amalgam of Kashmiri freedom fighters organisations and Supreme Commander of HuM welcomed Manan Wani to join the ranks of Hizb to fight against the illegal Indian rule in IOK.

According to a press release, the HuM chief while addressing the command council of senior commanders said that Manan Wani’s participation in the armed struggle exposed Indian narrative on Kashmir about youth being fed up of the armed resistance.

“ A PhD scholar’s voluntarily joining the armed struggle gives ample proof that Kashmiri youth believes that final settlement of Kashmir lies in armed struggle and it was the Indian military establishment that pushes the Kashmiri educated youth to pick up guns while adopting delaying tactics to settle the Jammu and Kashmir dispute as per the wishes of the people of Kashmir,” HuM Chief Salahuddin added.

The HuM chief further said that Kashmiri youth loves peace but it is the presence of more than one million Indian troops in IOK that forced the highly qualified youth of Kashmir from Burhan to Manan to fight for their rights.

The UJC Chairman and Hizb Chief Salahuddin appealed the International community to take notice of rising human rights violations in IOK where children and women are not safe in the presence of Indian army.

He said Wani’s participation will highlight the Kashmiri cause at the international level and expose Indian claims that due to unemployment youth are picking the guns.

According to the information shared by Aligarh Muslim University (AMU) website that Manan was awarded the ‘Best Paper Presentation Award’ in an International Conference on ‘Water, Environment, Energy and Society’ (ICWEES) held at AISECT University, Bhopal, in 2016.

He was awarded for his paper ‘Flood Risk Assessment of Lolab Valley in IOK from Watershed Analysis Using Remote Sensing and GIS Techniques’.

Manan had been working under the supervision of Professor Syed Ahmad Ali in AMU before joining the armed struggle.