'US should suppor­t Pakist­an for its border manage­ment with Afghan­istan,' Aizaz noted
By APP
Published: January 8, 2018
Tweet Email 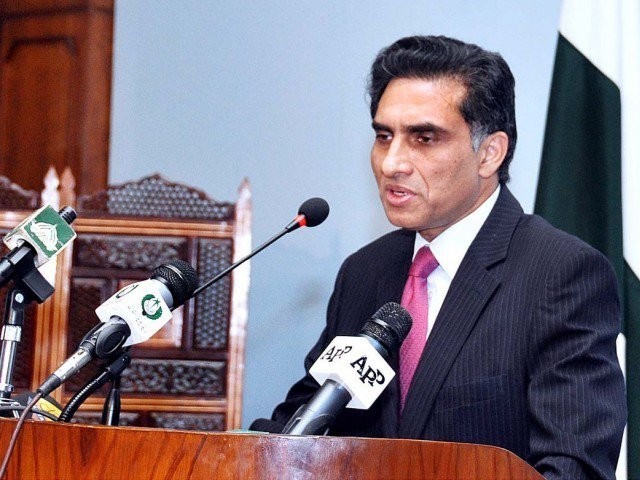 Pakistan’s Ambassador to the United States (US), Aizaz Ahmad Chaudhry on Sunday said Pakistan’s relationship with China and the US has great importance reiterating that Pakistan has always cooperated with the US in the war against terrorism.

Talking to a private news channel, Aizaz said that Pakistan had achieved immense success in war against terrorism. Instead of praising Pakistan’s role, however, the US was blaming Pakistan for its failures in Afghanistan which is unfair.

No alliance with US anymore, says Khawaja Asif

He further said the country wants a peaceful Afghanistan and US should cooperate with Pakistan in this regard.

“Pakistan and US share similar stance to eliminate terrorism and restore peace in Afghanistan. Pakistan has been bearing the burden of more than 3.5 million Afghan refugees for four decades and US should help us for their return to homeland,” he noted.

“Taliban leadership has shifted to Afghanistan and Pakistan armed forces had destroyed all terrorists nurseries and there was no save haven for terrorists here now”, he added.

Aizaz said that the US has never provided any evidences to Pakistan regarding Taliban presence in the country, further adding that the US should support Pakistan for its border management with Afghanistan.

Regarding US President Donald Trump’s tweet, Aizaz said civil and military leadership are standing united on one point agenda to protect the motherland in any situation.