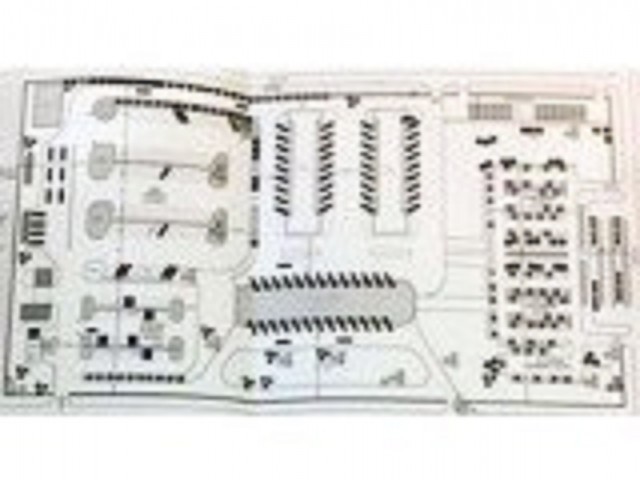 ISLAMABAD: Residents of the capital — a good proportion of whom hail from different parts of the country — may soon get a proper bus terminal to catch buses to their native areas.

The Capital Development Authority (CDA) on Friday finally approved the layout plan for the construction of the National Bus Terminal (NBT) in Sector I-11. But the decision only came after scorn from the Islamabad High Court.

“Keeping in mind the flow of traffic, a lot of improvements have been made in circulation at the terminal under the new design,” CDA Traffic Engineering and Transportation Planning Director Azam Lodhi told The Express Tribune on Friday.

He added that the approved designs are expected to be forwarded to CDA’s Works Department early next week to prepare an estimate and the project concept (PC-I) report so that work on the project can start by January 25.

Explaining the process undertaken to finalise the design, Lodhi said that CDA officials had met with representatives from the Transporters Welfare Association on Friday and had shared the proposed design with them. The transporters gave their feedback on the designs which Lodhi said they would incorporate into their design.

According to CDA’s design, the new terminal will have three main halls which can accommodate around 35 buses and 25 coasters
at a time.

Further, 60 to 70 coaches and over 100 buses can simultaneously be parked inside the terminal.

Moreover, a separate car park, a taxi stand and stops for buses plying different routes are part of the design.

To avoid traffic congestion, the plan lists separate points for entry and exit. The terminal will also boast modern facilities including a service station for washing buses, restroom for drivers and a fuel pump inside the terminal.

In October last year, CDA Legal Advisor Kashif Ali Malik had submitted a report before IHC Judge Shaukat Aziz Siddiqui that the layout plan for construction of the terminal in Sector I-11/4 would be finalised in the first week of November 2017, and a summary would be presented to the CDA Board for approval at its next meeting.

Layout plans for the 32-acre bus terminal, though, were presented before CDA’s Board on December 8, 2017. The board approved the construction plan but raised objections over its proposed construction site, terming it hard to access. It directed the traffic engineering and transportation planning directorate to look for an alternative site. Currently, the capital lacks a proper terminal for public buses.

According to Islamabad’s master plan, land in Sector I-8 was reserved for building a bust terminal apart from serving as a centre for different forms of transports as well, including a railway station.

However, in a controversial decision in 1990, the civic agency and the federal government altered the master plan to change Sector I-8’s designation to a commercial sector. Since then, several inter-city bus terminals have mushroomed along the I.J Principal Road, near the Faizabad interchange and at Karachi Company.

These terminals contribute to traffic congestion on nearby roads. Some of the bus terminals are operating on green belts in violation of CDA rules.