Raids were conduc­ted in Sohrab Goth and Momina­bad areas of the city on a tip-off
By News Desk
Published: January 5, 2018
Tweet Email 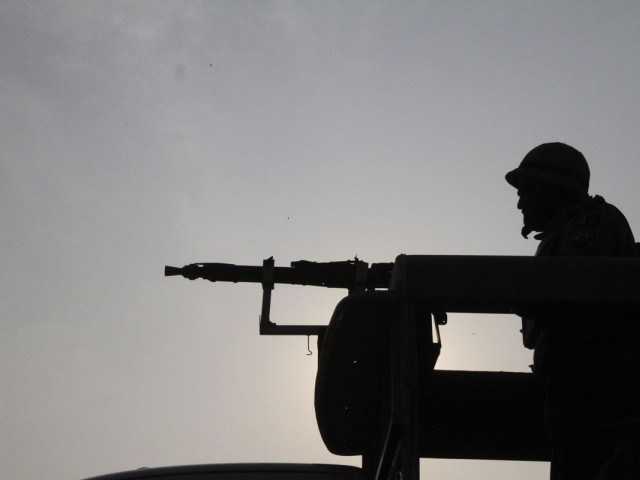 Raids were conducted in Sohrab Goth and Mominabad areas of the city on a tip-off. PHOTO: REUTERS/FILE

According to Express News, the CTD and Rangers officials conducted raids in Sohrab Goth and Mominabad areas of the city on a tip-off.

The raid was conducted on information that a number of militants, belonging to the TTP’s Ustad Aslam faction and who had fled during another raid on January 2 in Qaim Khani Colony Baldia Town, were hiding in the aforementioned parts of the city.

During the raid in Sohrab Goth, a heavy exchange of fire took place when militants opened fire on the raiding teams. However, they were later apprehended and shifted to an undisclosed location.

A huge cache of arms and ammunition including hand grenades and explosives was also recovered from their possession.

In another raid near Guru Mandir neighbourhood of the metropolis, the CTD officials recovered 10 ‘block bombs’ and several suicide vests.

During a late-night operation in Karachi on Tuesday, three militants were also killed when the CTD and Rangers officials raided their hideout in Baldia Town. Two Rangers personnel and one CTD official were wounded during the operation.